Why the "40 Years of Goth Style" Video Fails 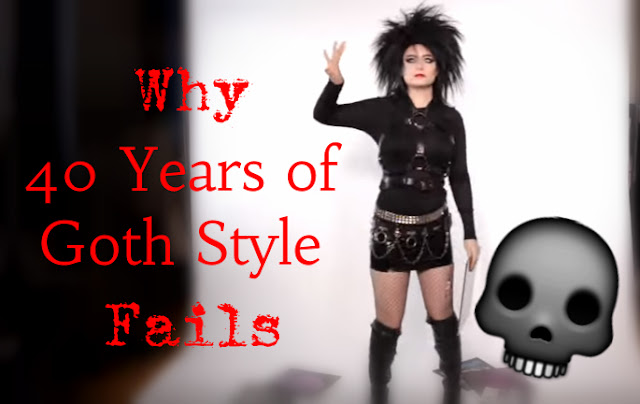 So this video has been bouncing around the internet lately, have y'all seen it? My grandmother posted in on Facebook, and if she could find it I'm sure you all have. It's a "recap" of the evolution of Goth style, kind of/sort of related to those 100 Years of X Fashion videos. Someone on Tumblr asked me what I thought, so I figured it was time to explain why it just doesn't work for me.


So for starters, the continuity of this video is weird. It seems like they were stuck half-way between wanting to do one of the aforementioned 100 Years videos and wanting to recreate the Goth types drawings by Megan Balanck that have been around forever. 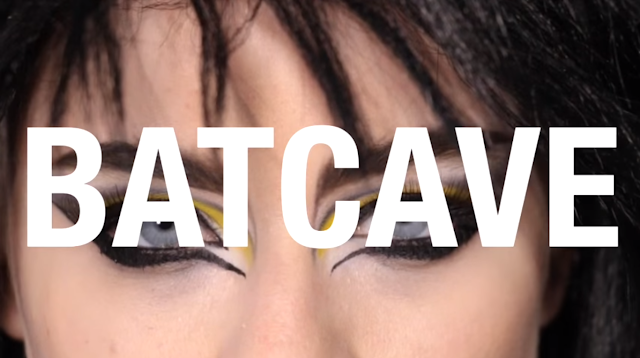 Let's start with the obvious. Steampunk and Rockabilly are not Goth. Yes, they can be tangentially related, but they're not part of the Goth umbrella. What you can say about them is that Goths do cross over and borrow styles from each, but they are interesting subcultures with their own histories that should be explored. The Death Rock one has a similar problem in that it evolved more or less alongside Goth, rather than springing from "Batcave" style. 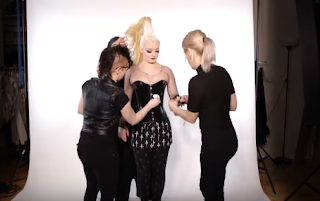 Side note: what is that Death Rock hairstyle? Yikes.

Really, Goth style is best discussed not has one style taking over another (like the video implies) but as the ebb and flow of trends that some Goths participated in and the influences of other, simultaneously evolving, subcultures.  It also ignores revivals, like the recent TradGoth revival we've been having.

The biggest problem I have with this is that they picked a non-Goth model and she looks "off" in every look, except for the pin-up inspired style (which is the closest to her real-life style which you can see on her Instagram. Go figure.) It's hard for me to put my finger on why. Bad wigs? Makeup not suiting her face? General sense of unease? I was trying to figure it out when I mentioned the video to my father.

Me: So whenever a non-Goth tries to dress like a Goth, they look "off." Even if they're being dressed and having their makeup done by a real Goth.
My dad: Maybe it's not the black on the outside that matters, but the black on the inside?

But really, if you had a Gothic Lolita on set they would have been able to stop you from doing... whatever you did to this poor woman's mouth. 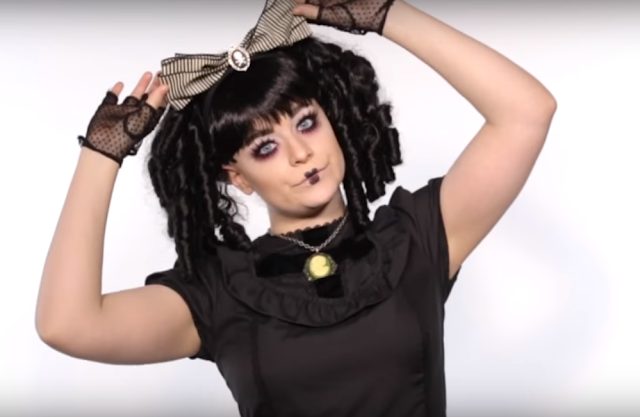 I'm not trying to be mean to the people behind the video, but I would love to see one of these staffed entirely by Goths, before we get overwhelmed with even more videos from Buzzfeed of normal people "trying out" Goth as clickbait.

What do you all think of the video? Have you been struck by how weird some non-Goths look when they try Goth fashion? What would you have changed?
Email ThisBlogThis!Share to TwitterShare to FacebookShare to Pinterest
Labels: news