Peter Murphy (and Nivek Ogre) in a Horror Movie?

Recently the lovely folks over at World Goth Day posted a link about a new horror film in development with some familiar faces. According to the film's creator Chris Alexander, Peter Murphy of Bauhaus and Nivek Ogre of Skinny Puppy will both play roles in the new film, with Peter starring. 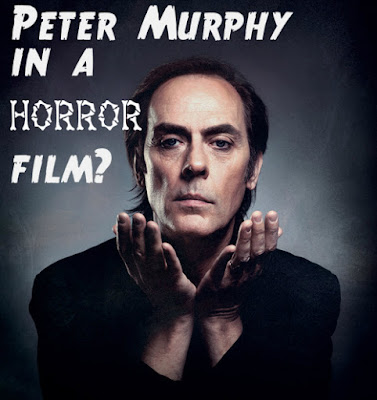 Of course, this won't be Peter Murphy's first appearance in a horror film (or any films, recalling Twilight.) The Hunger, a vampire flick featuring David Bowie, has a memorable opening sequence that includes Peter Murphy singing Bela Lugosi's Dead. Nivek Ogre also made an appearance in Repo! The Genetic Opera.

Of course this wouldn't be the first time a film which seems promising is announced and then flounders, but I'll keep my eye out for Peter and Nivek and see if anything else comes to light.

Assuming the film makes it out of development, would you go to see it?
Email ThisBlogThis!Share to TwitterShare to FacebookShare to Pinterest
Labels: movies, news