Thank you again, Mr. Postman, for filling my mail box with all sorts of fun goodies. Recently I was sent a copy of the new book The Art of Gothic: Music + Fashion + Alt Culture by Natasha Scharf to review which I just finished reading this morning.  Along with a cup of the Pumpkin Spice Chai by Twinnings that also came that day, of course.

Now, there are a lot of books about the Goth subculture floating around by Voltaire or Jillian Venters but this is the first one I've seen that actually focuses on the artistic side of the movement rather than a history of the subculture as a whole. As someone who is interested in Art History, I'm really fascinated by it, so I was excited to give this a read. 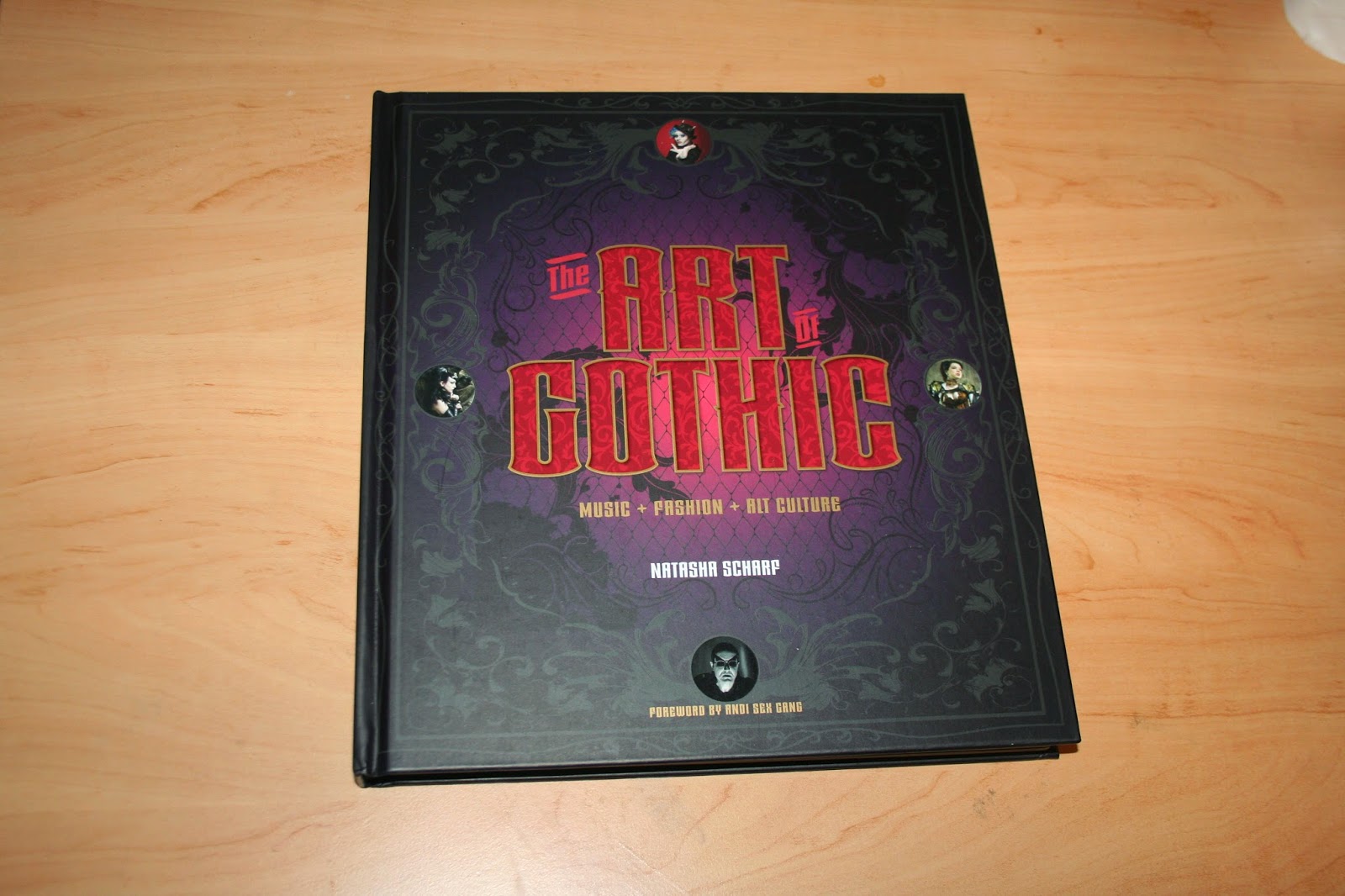 The book itself is lovely. The large, glossy pages are laid out really well and, if you ask me, it looks pretty nice on a shelf. Inside the book talks about different ways that dark art flourishes in the subculture. It starts with art derived from our favorite Goth music groups, including music posters and album covers, and then goes on to discuss the fine art, gothic comics, movie posters, interior design, wearable art and some bits on fashion. Some of the sections hi-light specific artists like Roman Dirge, Marilyn Manson, and Steven R. Gilmore, while others are more theme-based. 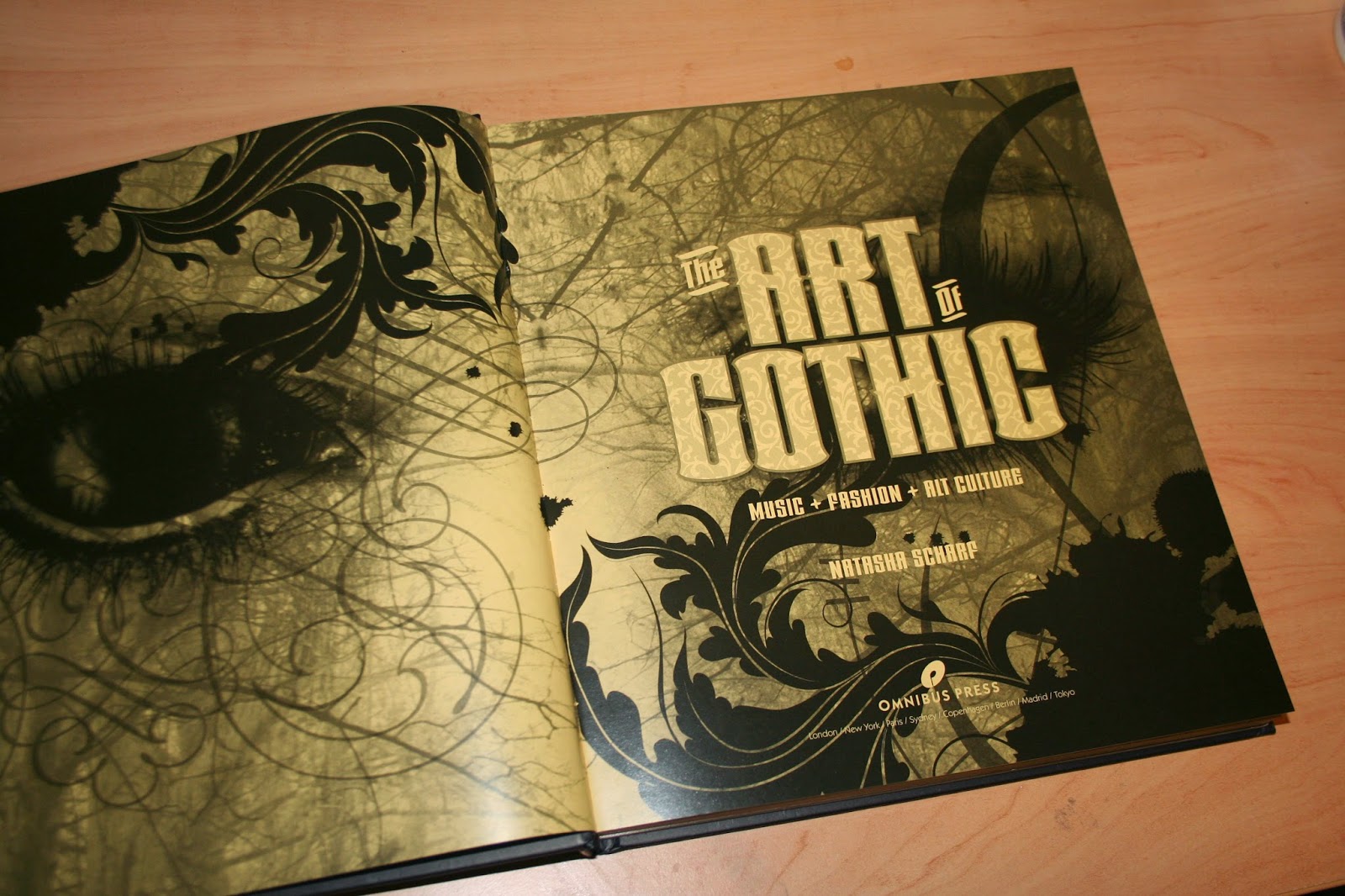 My favorite chapter is about The New Escapism and talks about the aesthetics that videogames and other "nerd culture" influenced Goth, and vice versa. Fans of Vampire: The Masquerade and Bioshock take note, this was a fun section. I hate to sound cocky, but it's rare that a book on this particular branch in the subculture reaches me something new because I'm pretty "geek goth" and have been surrounded by nerd culture since my first family Dungeons & Dragons game in my childhood. But hey! What do you know? I did learn something new, and it was pretty fun. 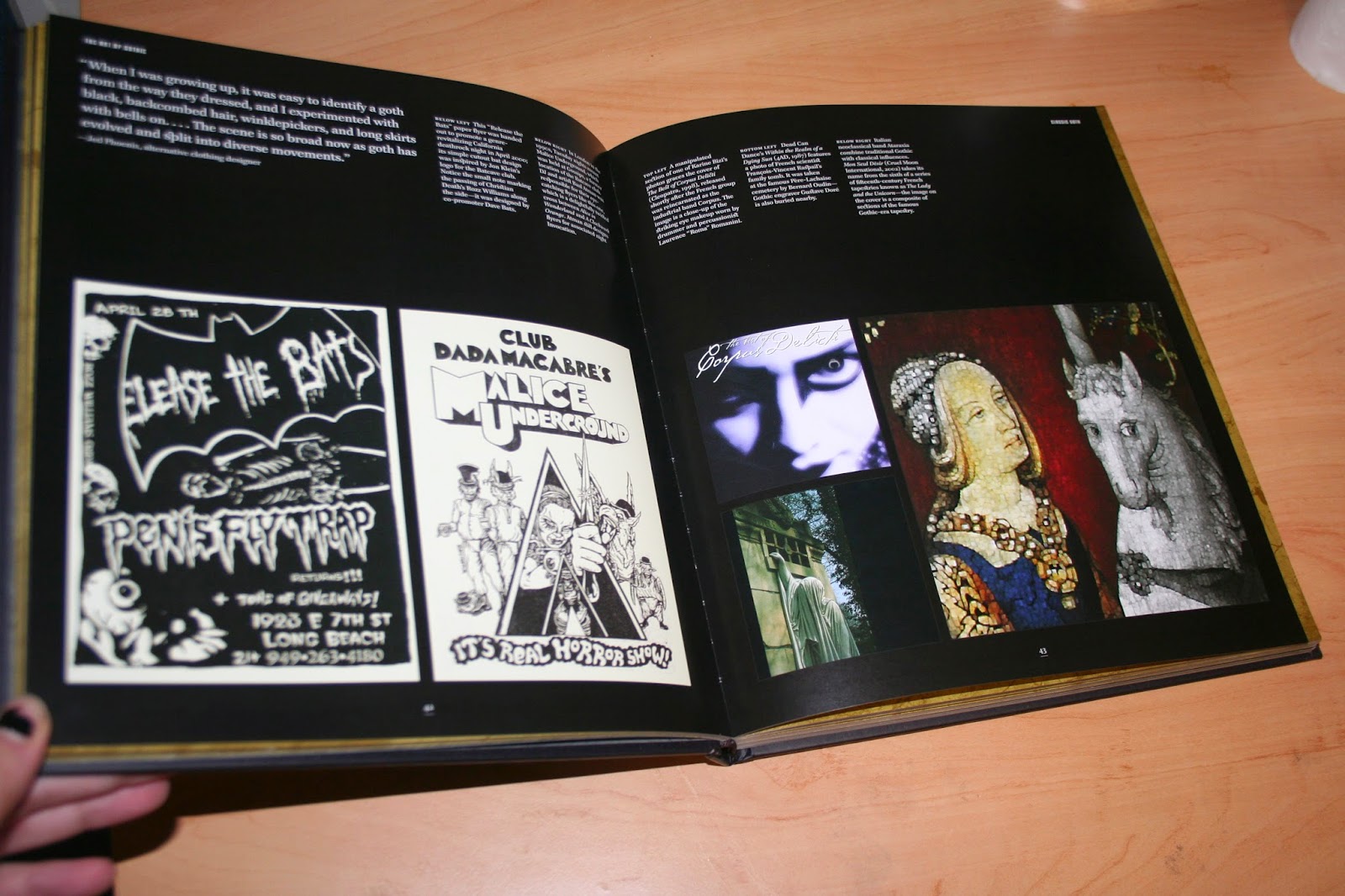 I will say, though, that this book is not about the Goth subculture. It's not a history. It is not the same discussion of how Bauhaus and Siouxsie Sioux evolved into what happened today that we've all read six hundred times. It's about how the aesthetic of Gothic evolves over time and has influenced a lot of different aspects of alternative art and expression, so the book plays fast and loose with the concept of "Gothic." It focuses on dark themes and things that take inspiration from Gothic but aren't directly Gothic themselves are included. So in the book we end up with a Game of Thrones movie poster, a My Chemical Romance album cover, Steampunk art, John William Waterhouse paintings, and a Rob Zombie jack-in-the-box, among other things. I'm certainly not bothered by this, but I'm sure some people would be. 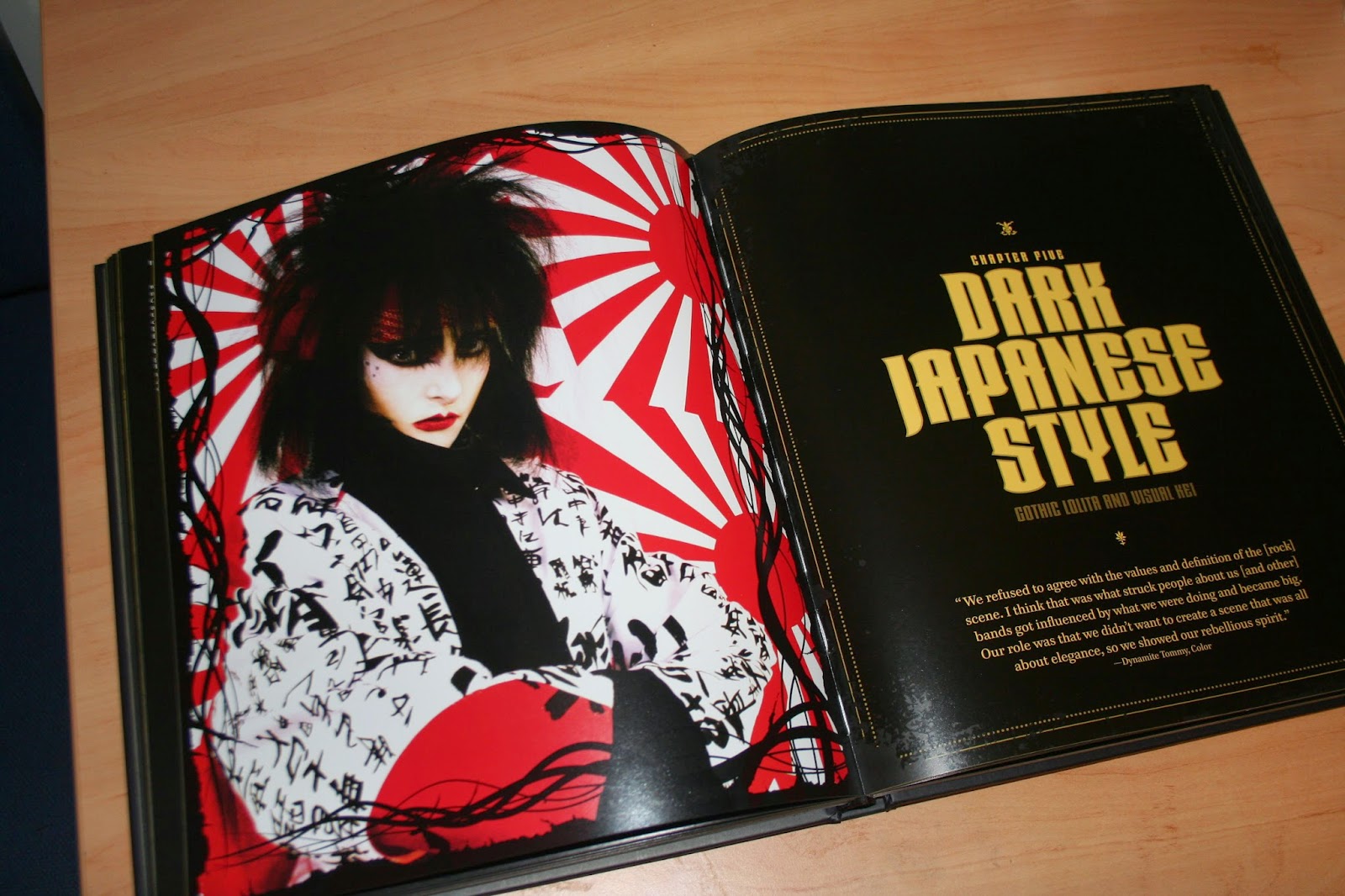 The righting of the book is pretty good with an easy to follow casual tone that doesn't sacrifice snark to be informative. The foreword by Andi Sex Gang is really interesting, and talks about how gothic is about "being artistically challenging and culturally subversive" while enjoying darker aestheitcs. The foreword ends with the call to action: "Although gothic has been redefined and reinterpreted over the years, it will never truly disappear because there will always be a need for an alternative to commercial culture and brain-numbing mainstream music. Goth as a subculture is here to stay, so let's make it even more interesting, challenging, potent, and creative." I'll drink to that. 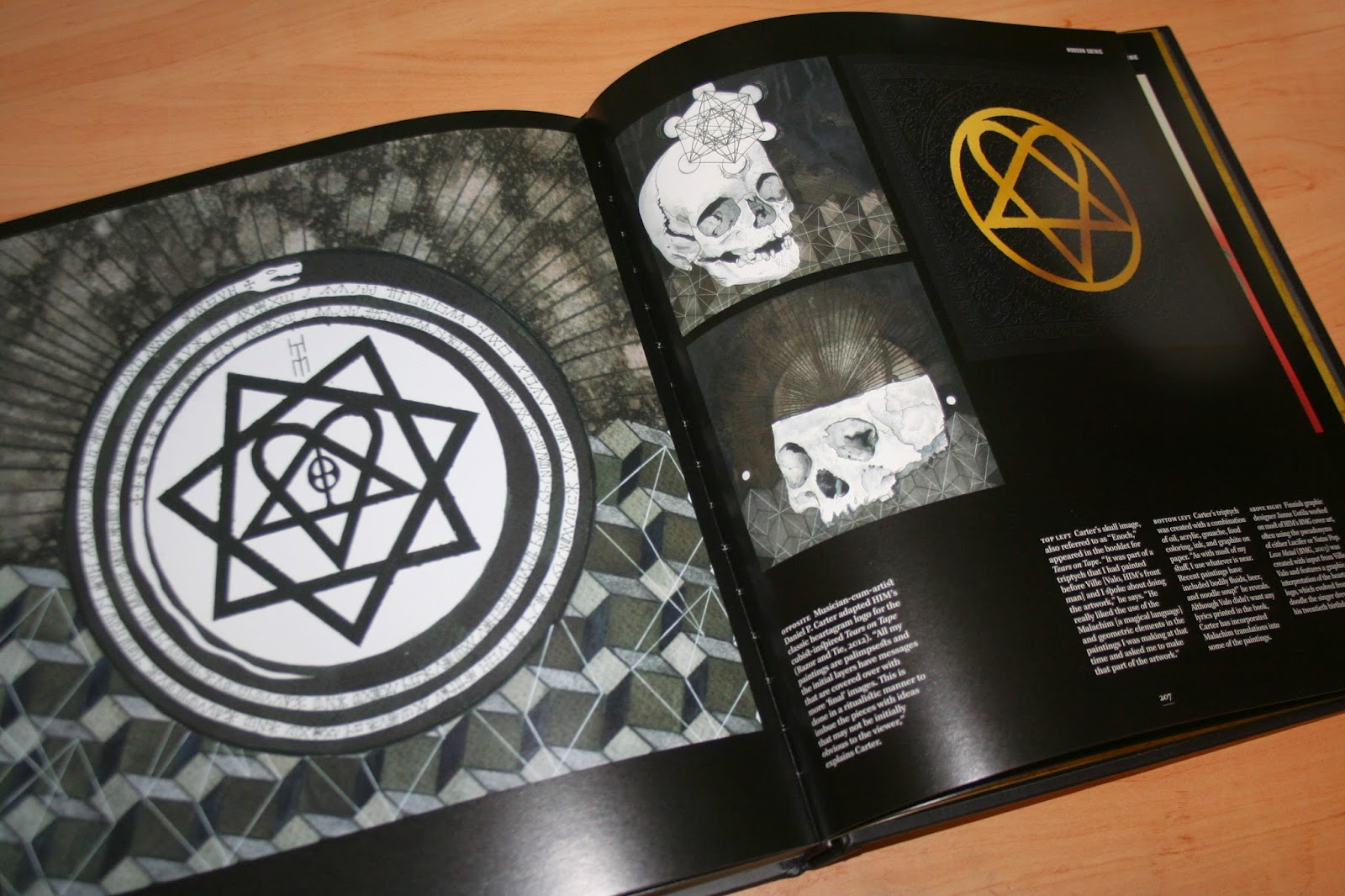 So, that's the end of my review! It's a fun book and I'm grateful someone is exploring the parts of the subculture I hold nearest and dearest to my heart. It's certainly something new in the world of writing about Goth, unless I'm missing some holy grail older book. If you would like to order your own copy, you can do so on Backbeat Books (I think it'd also make a great Christmas present for the spookster in your life, too.)

What other books would you like to be written about the Goth subculture?