The Angels of Islington by Sarah Channing Wright

Merry (almost) Hexmas, followers! I hope you are all enjoying this holiday season. Personally I've been running around like a chicken with my head cut off trying to get everyone presents and working on getting my flight sorted to visit home in early January, but luckily I've had a bit of a distraction. The lovely Sarah Channing Wright sent me a copy of her book The Angels of Islington to review which I'd like to discuss for you now. 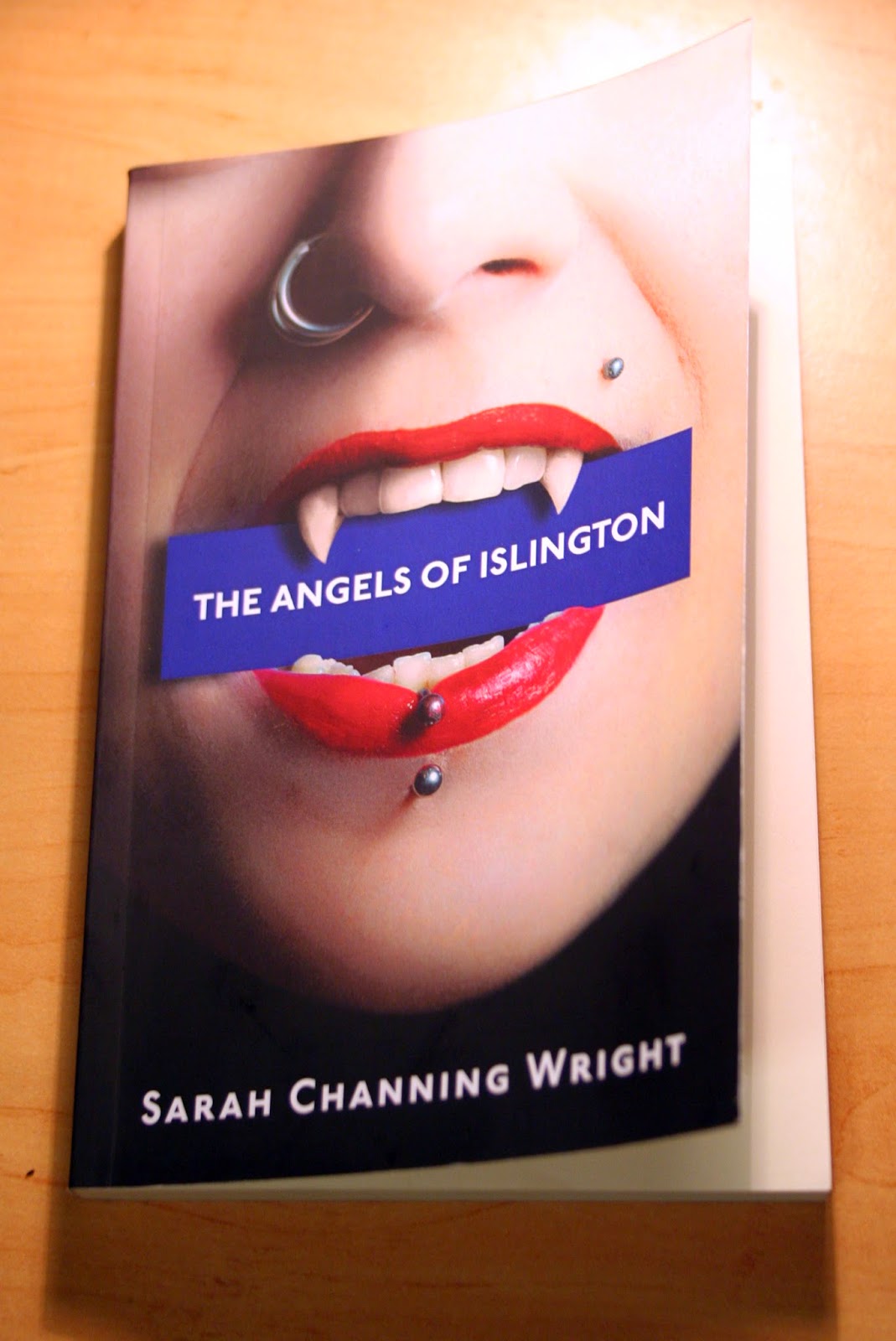 Lets get the stage set, shall we? Our story follows a group of vampires (among them Onyx, Demon, Spider, and Storm) who have integrated themselves into the 1990's Goth scene in London. They hang out at clubs, visit pubs, drink from unsuspecting spooky types, and have their own interpersonal dramas. But! All is not well in Camden town, and the sinister vampire Count who threatens their very way of life.

The setting is probably what is going to be the big draw to a lot of us. Being born in 1994 I wasn't exactly sentient enough to appreciate the 90's Goth scene and Wright explores is really well. Each chapter is filled to the brim with details about music, social interactions, and fashion which really makes the environment come alive. You'll recognize a few songs that are mentioned, no doubt, and probably appreciate the outsider's perspective on the weirdness that is Goth dancing. Fashion is one of Wright's favorite bits, I think, because every character (even tiny, unimportant ones) is introduced with a lengthy outfit descrption. That being said, I hope you like the word "matted" because Wright certainly does! I'm pretty sure it's the most used adjective in the whole book, with everyone having some variety of matted black hair.

Unfortunately, the fashion descriptions are about as in-depth into character development as Wright goes. I'm made fully aware of which characters have (matted) black hair or which ones wear the same frock coats that they wore in the 18th century (as a museum and conservation enthusiast, what?) but their characters are pretty interchangeable. I think this might be because Wright introduces so many different characters in such a short space of time, but their personalities are pretty anemic and even when they are assigned a (single) personality trait they usually don't act in any way that would support it. She's still introducing and trying to characterize them in the Epilogue, by which time I had given up on my list of who I have to care about and what they were doing. Nor do the characters really experience growth over the span of the book, they just restore a certain status quo and off we go. I think cutting down the main cast of characters might have solved this issue. 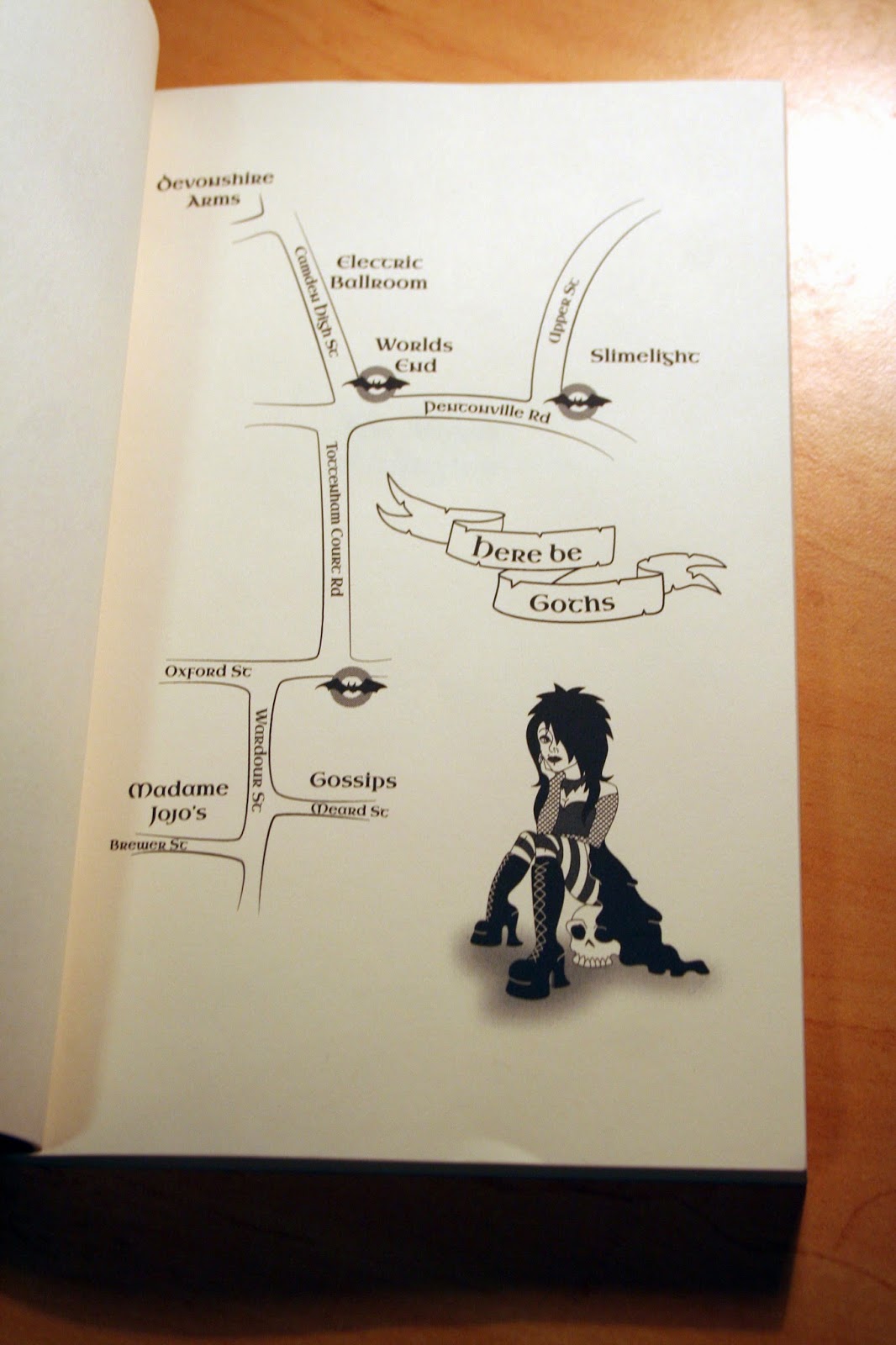 I also take issue with the Count who causes all of this trouble. All of the vampires act terrified of him (although not terrified enough to not go to the club and dance when they're supposed to be finding a way to destroy him), but he himself isn't really that scary. He prances around, speaks in rhymes, and doesn't do very much besides murder a couple of people. He certainly isn't as scary as Magenta, whose hypnotic powers I found very suspect. And, without meaning to spoil, he is defeated in a very anti-climactic Deus ex Machina way that left me very unsatisfied. That being said, he has some really good moments in the book. When the Count is storming around in a fury he reacts to a group of barking dogs by shouting "Listen to them! Mangy dogs. What a bloody racket they make!" in wonderful reference to the famous children of the night passage from Dracula.

I feel like I've made a lot of complaints but I can't say I came out of the book disliking it. It was camp fun. There's something about being asked to take characters with names like Onyx, Wraith, Demon, and Spider seriously, especially when they are placed alongside characters with sensible names like Jim, that feels very silly and fun. So if you don't go into it expecting any high literature, you'll probably have fun with it. It's certainly enjoyable if you want to read about the 90's Goth scene (and maybe laugh because some of it seems quite familiar, as I did) and can forgive a slightly flimsy plot. 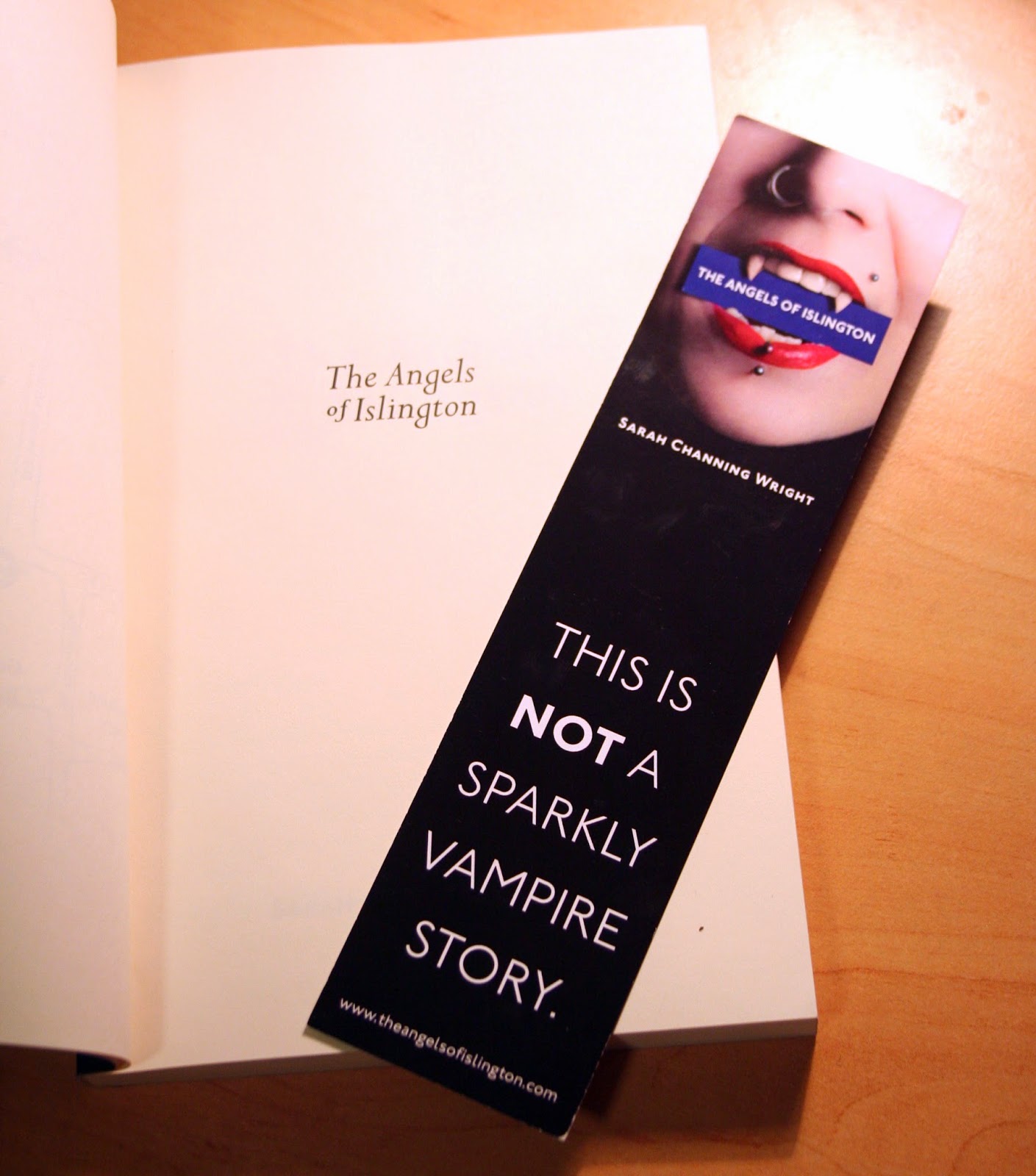 If you would like to pick up your own copy of The Angels of Islington by Sarah Channing Wright and experience the camp joy of reading it, you can purchase it on Amazon here.

So, what books have you all been reading recently?
Email ThisBlogThis!Share to TwitterShare to FacebookShare to Pinterest
Labels: books, review