Terror and Wonder: The Gothic Imagination

If you're planning on visiting London anytime between now and late January, I've got an exhibit you can't miss! Terror and Wonder: The Gothic Imagination at the British library, which runs until January 20th of next year. 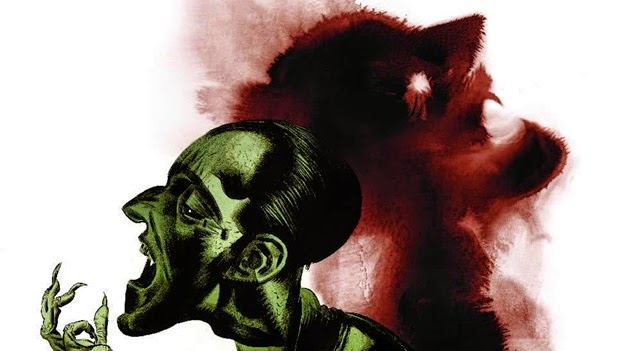 
From Mary Shelley and Bram Stoker to Stanley Kubrick and Alexander McQueen, via posters, books, films - and even a vampire-slaying kit - experience the dark shadow the Gothic imagination has cast across film, art, music, fashion, architecture and our daily lives. Beginning with Horace Walpole’s The Castle of Otranto, Gothic literature challenged the moral certainties of the 18th century. By exploring the dark romance of the medieval past with its castles and abbeys, its wild landscapes and fascination with the supernatural, Gothic writers placed imagination firmly at the heart of their work - and our culture. Iconic works, such as handwritten drafts of Mary Shelley’s Frankenstein, Bram Stoker’s Dracula, the modern horrors of Clive Barker’s Hellraiser and the popular Twilight series, highlight how contemporary fears have been addressed by generation after generation. Terror and Wonder presents an intriguing glimpse of a fascinating and mysterious world. Experience 250 years of Gothic’s dark shadow.

Now, it should come as no surprise that I love Gothic fiction. My favorite novel in my teens was Jane Eyre, and I've been open about my love for dark literature from the beginning of this blog. I just got done writing my final paper for one of my classes this semester on the evolution of vampires from folklore traditions to literary ones, so I'm up to my eyes in Gothic fiction and this is definitely right up my ally.

To view more about the exhibit, including times and ticket prices, check online here.

If you can't make it to London (looks at train prices, winces, looks away) then you might enjoy the Gothic horror podcast that accompanies the exhibit so that you can get a taste for the history.

What do you think? Given the chance, would you visit the exhibition?

Email ThisBlogThis!Share to TwitterShare to FacebookShare to Pinterest
Labels: news