Happy almost Halloween, readers! While our Halloween festivities here in Scotland are a bit limited, I've been loading up on wonderful Halloween movies to pass the time. Of course, for me, that includes a lot of vampire flicks. So, I thought I'd list my top five vampire movies of all time. 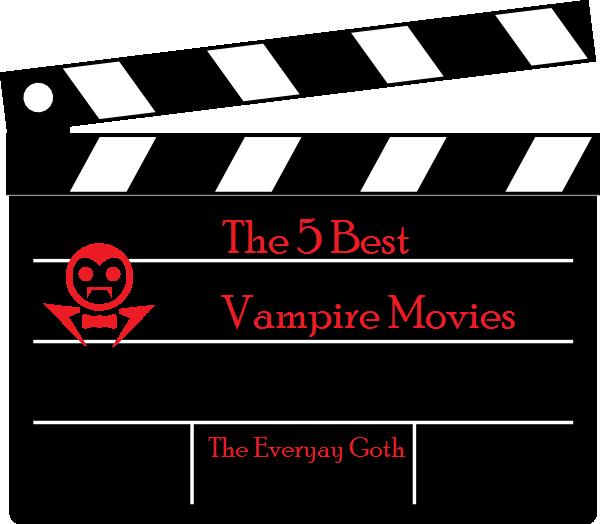 Interview with a Vampire

Around the time everyone on the internet was making fun of Tom Cruise's acting career and religious views, I was a young babybat and had just watched Interview with a Vampire, so I didn't understand that at all. While Queen of the Damned is also a fun movie in a different kind of way, this is just simply one of the best vampire adaptations of the last few decades, no question.

While there's plenty of blood to be had in the previous few movies, I wouldn't call them gorey in particular. However, the stomach-churning scene in which Christopher Lee rakes pieces of his own face away just stun me. If you don't remember that scene, it's because it was cut out until it's restoration in later Blu-Ray releases. Boo!

Okay, so we've got older vampires down, but what about young heart-throbs? Kiefer Sutherland's David probably cemented my attraction to guys that look like Billy Idol (also Spike from Buffy, obviously) and there's no replacing the camp fun that comes from hanging out with other Goths and quoting "It's fun to be a vampire" at each other.

On the darkly romantic side of the classic Dracula tale is Bram Stoker's Dracula, a supremely beautiful movie with a haunting soundtrack and lovely costumes. I hadn't watched this since my early teens so when I re-watched it recently I ended up buying the soundtrack and humming a lot for the next two days. Definitely not to be missed.

What do you think, readers? What is your favorite vampire movie?
Email ThisBlogThis!Share to TwitterShare to FacebookShare to Pinterest
Labels: movies