American Horror Story is a controversial American television show that has taken the dark-at-heart by storm due to its creepy horror, beautiful aesthetics, and generally killer soundtrack (Evan Peters' face helps too, I'm sure.) Each season takes place in a different setting and time period where things are bound to get really dark really quickly. I'm a fan of  it (I've recommended it on this blog before) and although I found the most recent season Coven a bit lackluster I'm really excited for Freak Show, which debuts this Wednesday.

So, as I tend to do, I made some fashion sets based off of each season!

Murder House, the original series which follows a family in their ghost-infested home, is still my favorite so far. The characters cannot be beat (sometimes I still think about Tate and have to sit down for a minute to collect my thoughts) and the camera work is absolutely stunning, especially during Tate's nightmares. This set is inspired by the vinyl suit that causes a whole lot of trouble. While this look is Fetish-y to the extreme, I also tried to include references to the show ("I painted it black, I know how you don't like normal things." and the phone case to keep it on topic.

In Asylum I think the show takes a turn for the darker (and isn't that a worrying thought) which I attribute to the setting, a 1960's asylum (and let's be honest, a Winnie the Pooh story about friendship and magic would be creepy in that setting.)  This look is inspired by Lana's clothing which has an early 1960's Mad Men vibe. I kept it simple with a vintage looking dress (I don't think a Hellbunny pin-up dress works for this aesthetic), heels, and purse, so this one is a little on the Corp Goth end.

Like many people who like American Horror Story, Coven kind of lost me. The beginning was promising (I still think it has the best soundtrack and the best opening of any of the seasons) and Jessica Lange instructing the young witches to "Wear something...black" but then it went kind of bizarre and I had trouble finishing it. Still, this recalls one of my favorite scenes in which the young witches walk down the streets of New Orleans behind their Supreme. 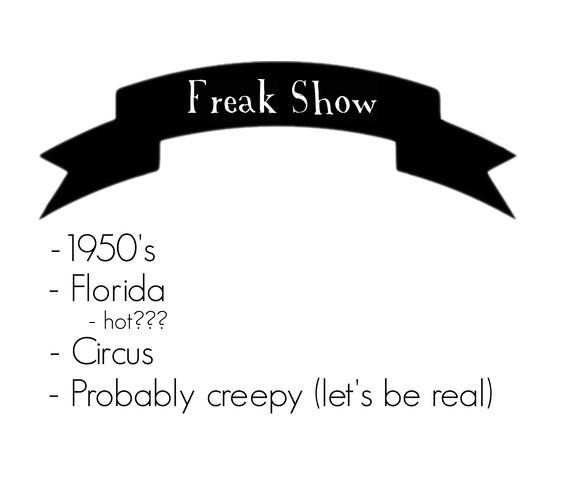 I can only really guess what Freak Show will be like. I'm hopeful that it retains the compelling plot of the first season, the darkness of the second, and the beautiful aesthetic of the third, but you know how it can be. I'm hoping for something like The Night Circus with lots of ringmaster jackets and top hats but who knows.

What are your predictions for Freak Show?