As the summer drags on and I find myself wilting in the sunlight I've been cocooning myself in the basement with the x-box and my laptop playing games. While some of the games I've been playing aren't strictly Goth (she said, eyeing Civilization 5 and Minecraft nervously) I thought some of them were downright spooky. So, here's my list of 7 dark video games Goths might want to try. 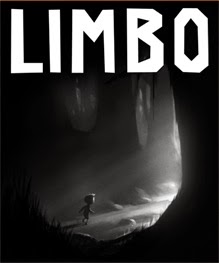 Limbo is one of my favorite all-time games. After playing it on my friend's 360 I quickly bought it for mine and played through the whole thing in a few hours. Limbo is a platformer with one of the most bleak aesthetics I've ever seen. The entire game is monochromatic black and white and your small child character must escape big insects and set death traps on his quest to find his sister. The gameplay is solid, the atmosphere dark, and I just adore it. 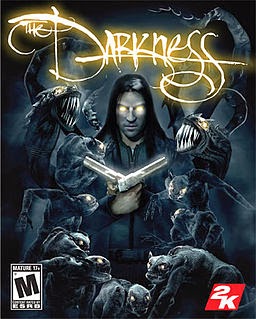 Based on the comic of the same name, the original The Darkness game is a first person shooter with an emphasis on psychological horror. You play as Jackie (who internet Game Critic and/or professional troll Yahtzee says "looks for all the world like a cross between Kevin Spacey, Benicio del Toro, and Morticia Addams") who has ancient demonic powers and a selection of nice heavy ordinates with which to destroy your fellow man.  It's sequel, which I haven't played, was less well received, so I'd stick with the original. 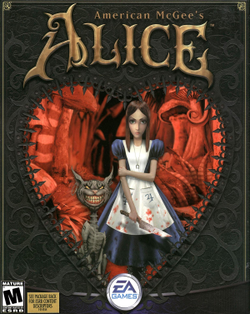 Would this list be complete without the videogame that spawned more dark-Alice costumes than possibly any other rendition of the classic tale? American McGee's Alice is a platformer in which Alice, who has been committed to an insane asylum after the death of her family, must explore a twisted and broken Wonderland under the tyrannical rule of the Queen of Hearts. 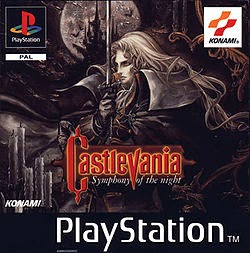 Castlevania, one half of the fabled "Metroidvania" genre of early videogames, is one of the old Playstation games that makes me which I hadn't been an X-Box household after I played it at a friend's house. You play as Alucard, Dracula's son (see what they did there?), and traverse through open levels destroying all of the mythical creatures that are littered between you and where you need to be. Not only in the box art one of my favorites of all time (swoon), it's considered a cult classic and definitely worth a look for anyone who enjoys retro games. 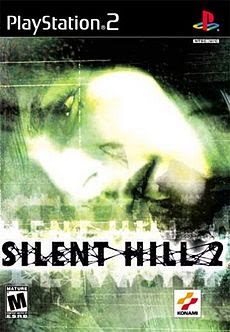 Silent Hill 2 is a horror game in which the main character, James, goes to the town of Silent Hill in order to find his dead wife who has recently contacted him. This is the game that spawned the sexy zombie nurses and Pyramid Head powerhouse that became endemic to the later Silent Hill games, but which serve atmospheric purpose in this game better than any other. The layers of symbolism and the character arc that James goes through make it one of the better games to come out of the PS2. 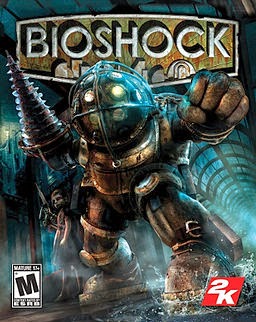 Bioshock, oh, Bioshock. I actually haven't mustered up the energy to finish it because the atmosphere is so good that I'm almost too scared to finish (yes, I am a wimp.) While you play this Steampunk-esque game you traverse through Rapture, a Utopian underground city that has gone completely to shit, to see how everything went totally wrong. On the way you'll find more than a few people trying to kill you, and more than a few creepy little girls either needing to be killed or be saved. Of course, that's not even mentioning the Big Daddies, the creepy dudes in diver suits that I'm trying my best to avoid on my run through. 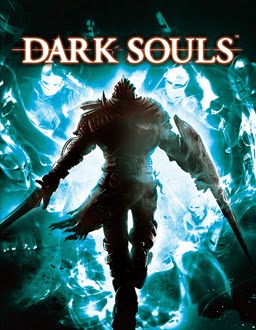 Do you feel that normal video games don't challenge you enough? Do you breeze through all of the challenges you're faced with in the Elder Scrolls, or does the aesthetic of the Fable series leave something to be desired? Dark Souls is one of the most merciless games I've ever played, but one of the most amazingly atmospheric. Like in Bioshock, you're left to explore a ruined world and discover its secrets as you traverse from one end to a staggeringly large map to another. However, the scenery can't be beat for someone like me who can't get enough ruined castles and cathedrals. If you're new to video games or get frustrated easily, maybe give this one a pass, but for everyone else I definitely recommend it.

What are your favorite video games, Goth or not?
Email ThisBlogThis!Share to TwitterShare to FacebookShare to Pinterest
Labels: games