Hopes for the Future of Goth

Last week's post brought in a lot of great advice for Zoe as for how to be a parent to a budding Goth, but it also got me thinking about what the Goth scene will be like when her daughter is my age, so about a decade. I think the Goth subculture has a kind of dark, lasting appeal that will keep it relevant to many new generations of Gothlings, but I also think it's bound to change. Whether the change occurs in style or music or the social atmosphere of the subculture, there are a lot of ways to go from here. So, here are a few hopes I have for the future of Goth: 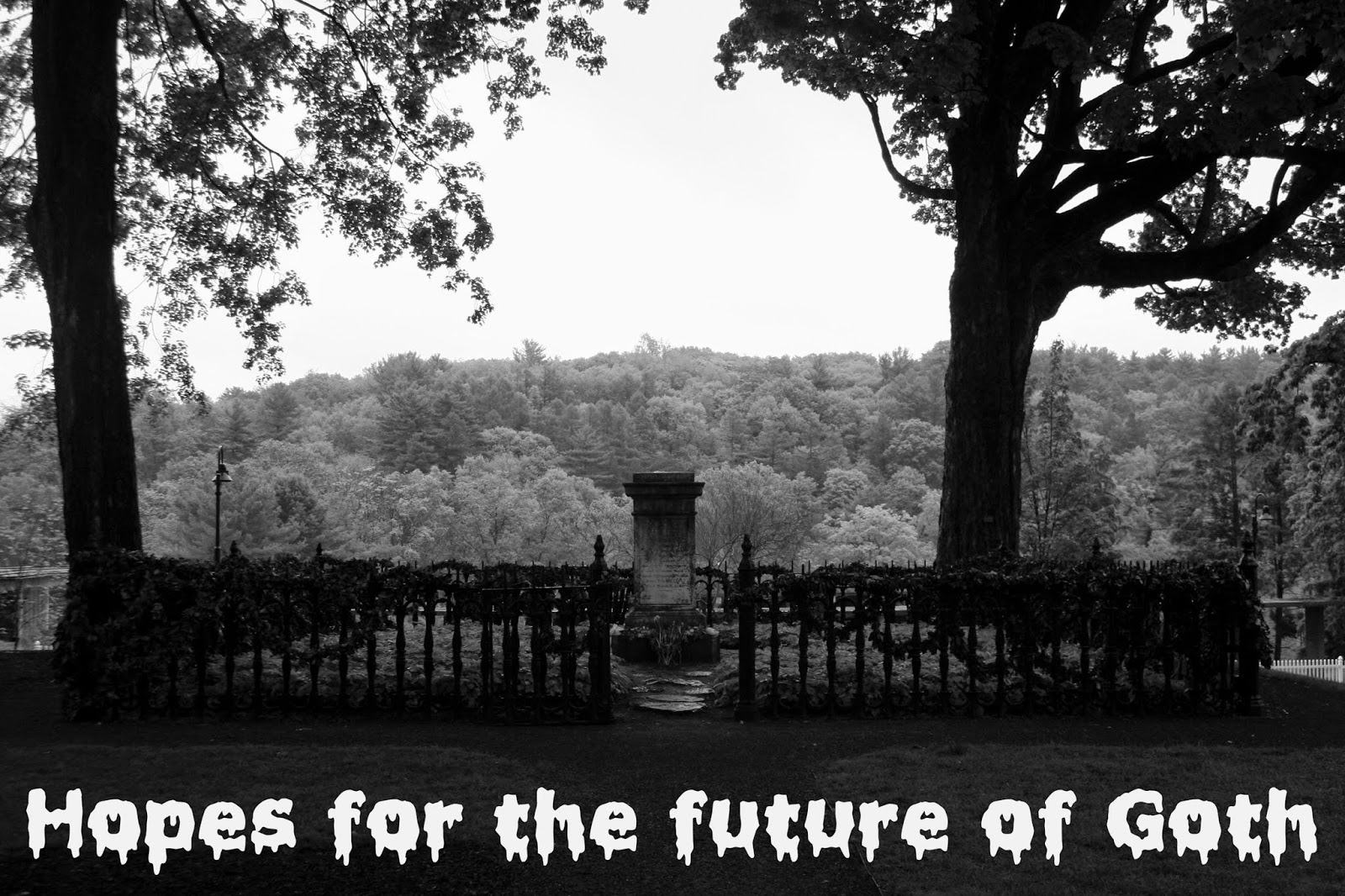 More Goth-rock revival music
Everyone has different tastes in music, which I get and love, but a lot of contemporary Goth music is very much EDM-inspired. While I'm not demanding every band be a Sisters of Mercy coverband, a bit more variety in the music scene and particularly some 80's Goth influenced styles would be a great improvement in my opinion.

It's becoming wearily predictable that whenever I hear someone mention a new store that has cute, cheap clothes their plus-sized selections are either A) priced much higher than their straight-sized lines, B) a much more limited selection in styles or C) non-existent. I've talked about fat Goths before on this blog and I would hope that, in the future, Goth companies design clothes for plus-sized people without charging us an arm and a leg for them.

More freedom in the workplace for alternative styles and body modifications

This is less something directed at the community than it is at society at large, but really the horror many employers have at the prospect of having modded or alternative employees is really ridiculous. While this could, and probably will, take well more than a decade, I still have hopes that people will recognize that it really is the quality of the work that matters in a new employee, not their physical appearance.

The issue of representation for Goths of Color in Goth-related media is something I hope the subculture takes an active interest in over the next few years. The Goth subculture likes to claim, as a whole, that it is very accepting, but our media so rarely features Goths that are anything but pale-white that it's hard to take our "openness" seriously. So, more POC Goth models, musicians, authors, public figures, etc. would be something I would like to see over the next decade.

I think the subculture could benefit a lot from a meet-up community in which Goths that want to meet other Goths would be able to socialize with people in their areas and maybe go to events together. A lot of Goth clubs that I'm familiar with have closed after the recession hit small businesses rather hard, but the proliferation of social media and internet subcultures would make this an ideal time to get things moving on that front.

Goth had a bit of fun for a while blending in with Steampunk and personally I'd love to see what other fashion styles and subcultures Goth will be mixed with in the future. I know Trad-Goth has been having a bit of a revival as of late, which is cool, but there are so many styles to choose from and surely more will be around in the exciting space-year of 2024.


What are your hopes for the future of Goth?
11 comments:
Email ThisBlogThis!Share to TwitterShare to FacebookShare to Pinterest
Labels: the scene

It's a common worry among young Goths as to how to be Goth around their parents who might not be supportive, but it's also worth remembering that there are parents out there who want to be supportive but aren't quite sure how. 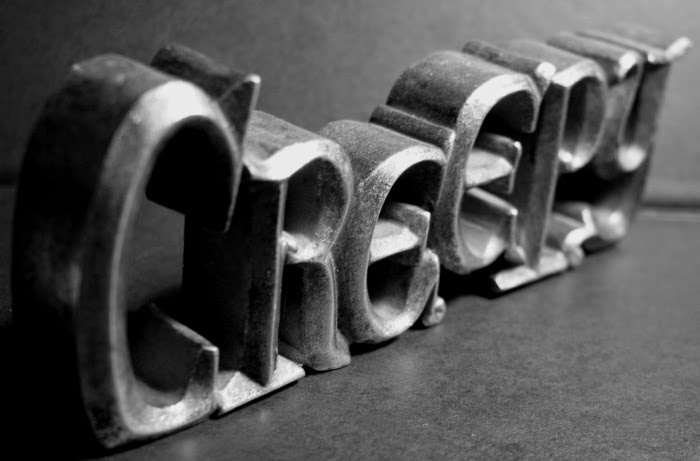 Today my topic comes courtesy of an e-mail from Zoe, who is asking how to be supportive of a budding Goth daughter:


My 10 year old daughter has felt drawn to goth for some time. We are metal heads, so of course, more than supportive of her choice. I am wondering if I could get some tips on things to buy her to help her along. For example, do all of her clothes need to be black, or can she have some smattering of purples and blues? Also, can she only listen to goth music, or will any punk/metal be ok? She has an affinity with Bullet for my Valentine. But I don't think they are considered Goth. Any tips you could send to me would be really appreciated, as I am more steampunk/rockabilly than I am goth. Thank you for your time.

Thank you for writing, Zoe!

To answer your more specific questions: No, not all of her clothes have to be black. Goths wear a variety of colors, from reds to purples and blues or even yellows and pinks. There really is no limit to what colors a Goth can wear.

In the same vein, there isn't a limit to what music a Goth can listen to either. I myself have a deep-seeded love of old folk music. There are some Goths who believe very strongly that you must listen to 1980's Goth rock such as The Cure, Sisters of Mercy, etc. in order to be considered a Goth. Personally I don't think you have to do anything you don't want to, and your daughter shouldn't have to change her musical taste just because she's exploring a new subculture.

Now, in terms of what else to do to support a budding Gothling, here are some things I'm very grateful that my supportive parents did for me, mostly in terms of shopping:


If you have a question you'd like me to answer in a post, feel free to write me at theeverydaygoth@yahoo.com and I'll get a response to you within the next few posts.

Readers, what advice would you give Zoe and her daughter?
9 comments:
Email ThisBlogThis!Share to TwitterShare to FacebookShare to Pinterest
Labels: the scene

As most of you probably know by now, the artist H.R. Giger, who masterminded the aesthetic behind the move Alien, died this week at the age of 74. Much of Giger's work deals with biomechanical figures and themes of sexuality, death, and new religion, and because he's one of the most high profile dark artists of our time, I thought I'd give a brief retrospective of some of my favorite of his works of art: 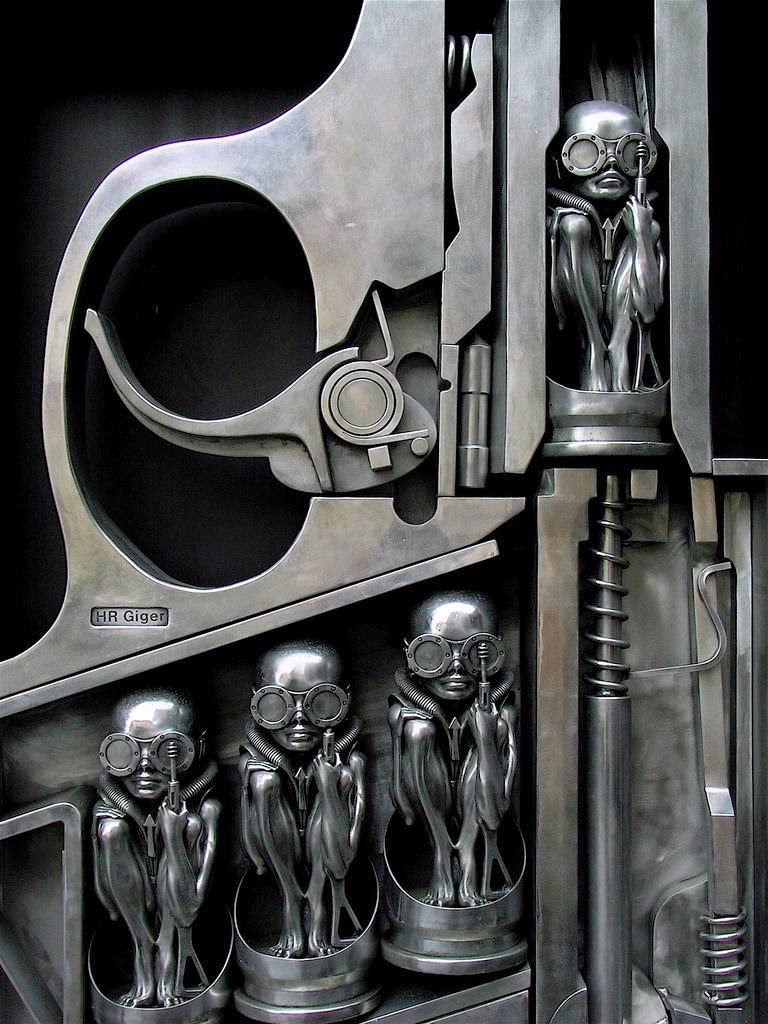 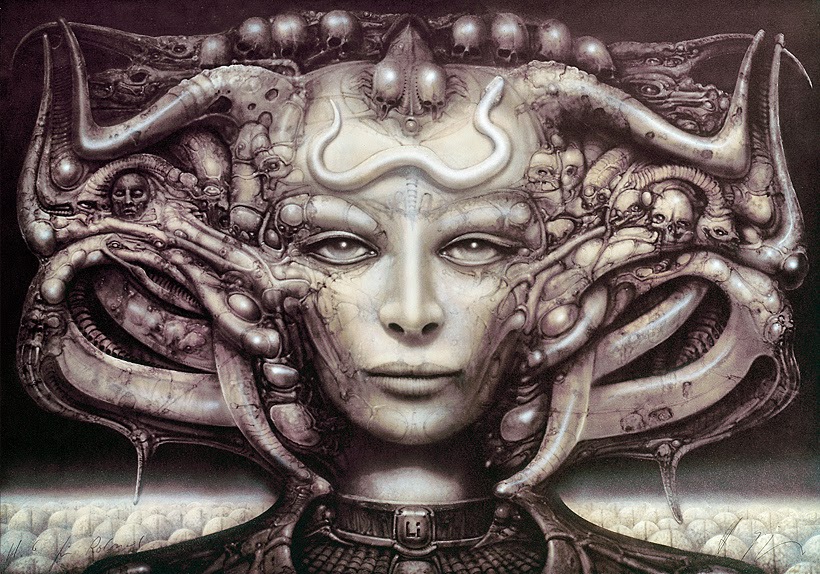 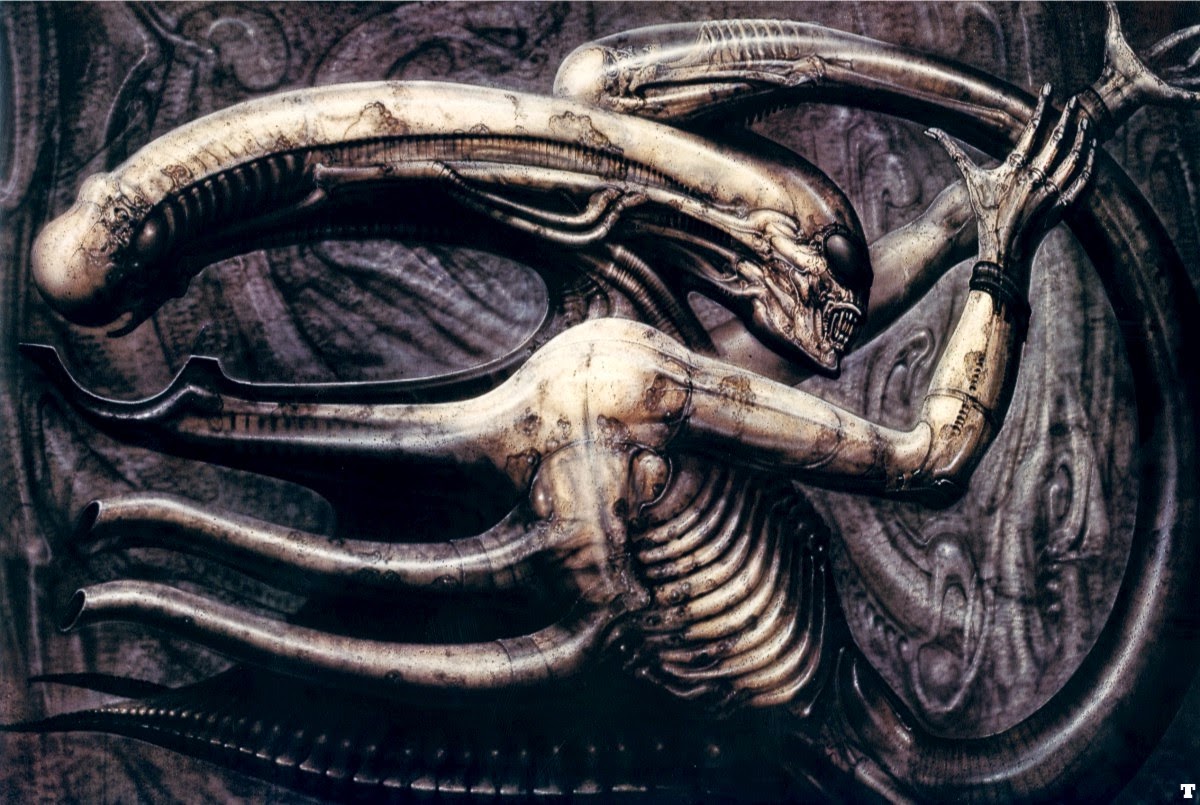 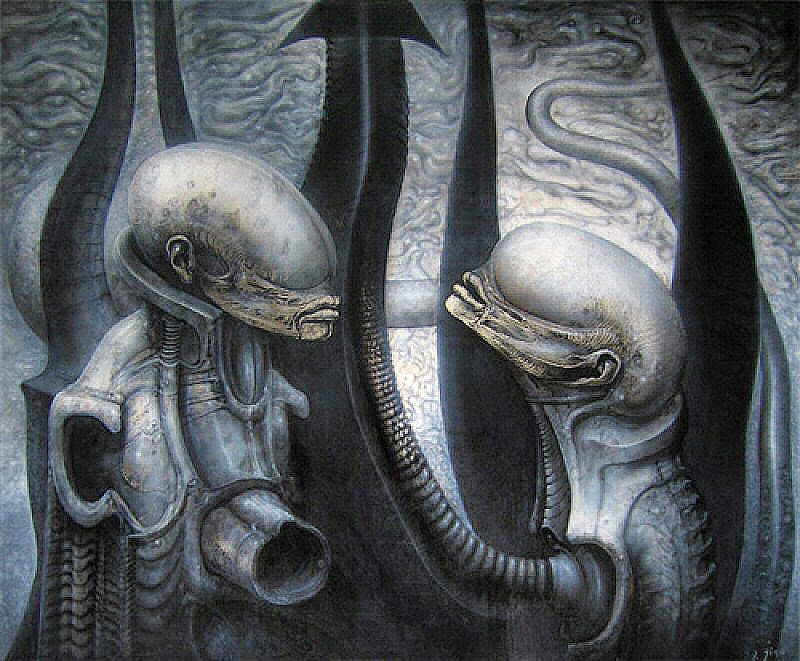 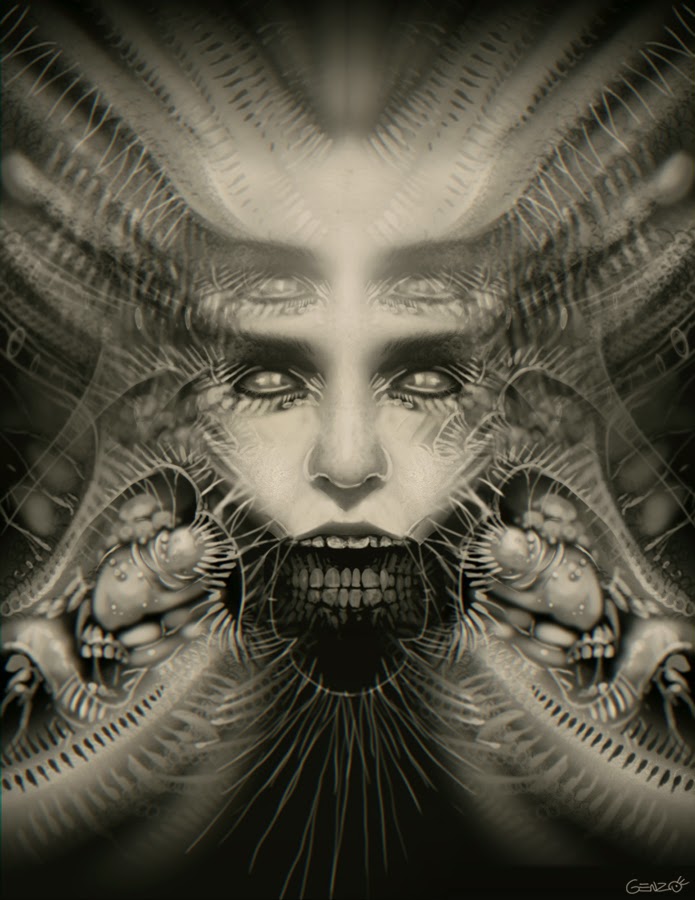 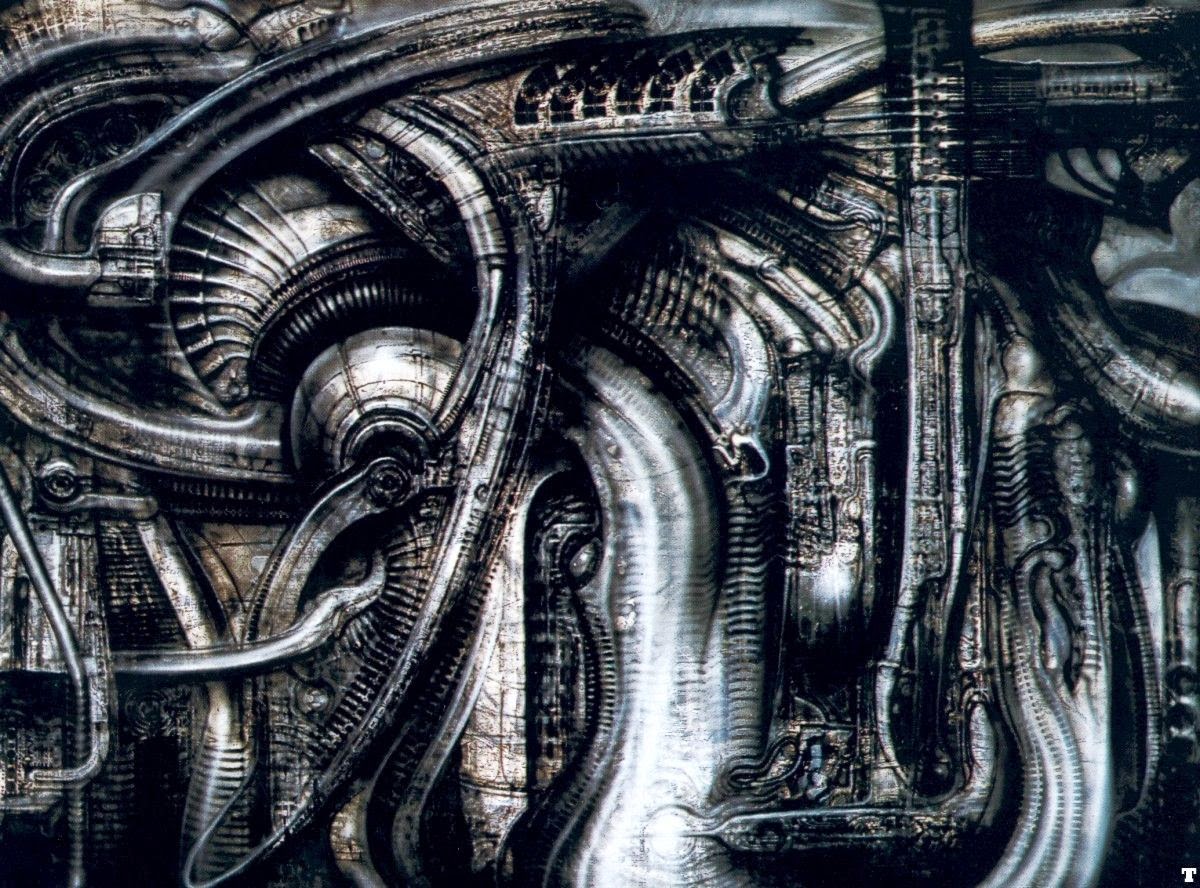 If you want to see more, Dark Side of the Net posted a round-up of H.R. Giger documentaries and interviews, which are all definitely worth a look.

Last July I made a list of Non-Goth songs I'd been loving lately and mentioned how it is a pretty much seasonal thing for me. Warm weather? Suddenly I want something new, and now that it is getting warm around campus (finally) I thought I would make a list of other non-Goth songs that have been on my mind lately.

Heaven Knows by The Pretty Reckless

Pour Some Sugar on Me by Def Leppard

What music have you all been loving lately?
4 comments:
Email ThisBlogThis!Share to TwitterShare to FacebookShare to Pinterest
Labels: music
Newer Posts Older Posts Home
Subscribe to: Posts (Atom)