8 Ghoulish Museums To Visit Before you Die

It should come as no surprise that I love museums, as this isn't exactly the first time I've posted about them, but I'm always on the look out for more museums to add to my ever-growing life-long bucketlist. And what better kind of museum to add than those that display all things dark, creepy, and delightful? Anyway, here for you all today I have a list of 8 Ghoulish Museums To Visit Before you Die, some I've been to, some I can't wait to see, all of which will keep me up tonight. 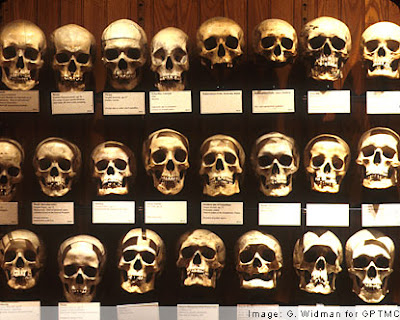 Source.
I love the fourth skull on the top row. He looks concerned.

Those of you who joined us at the East Coast Goth meet up will be familiar with the Mütter museum, but for those of you that didn't get to: The Mütter museum specializes in medical anomalies, and in it you will see pictures, casts, and real examples of some of the curious things that can to happen to our bodies. Some of it can be quite disgusting, like the skin-disease casts, or quite enchanting, like the fetal skeleton displays, or even just weird, like the display cabinets filled with swallowed items. You can finish the museum in just a few hours, less if you're feeling rushed, and the gift shop is also great fun (it has Madame Talbot's posters!). 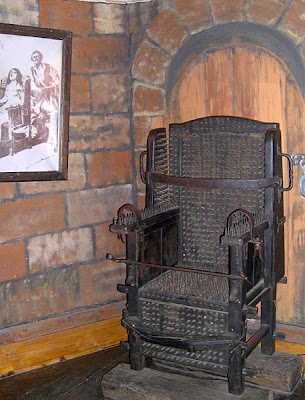 This museum is one that I've wanted to visit for a while (blame my parents and their love of Medieval history) but haven't gotten around to it on account of my inability to fly to Europe on a whim. The Torture Museum in Amsterdam focuses primarily on, you guessed it, historical torture devices, mostly dating from Medieval times. While some of the devices are reconstructions, there are enough really used one to make it interesting. Among the torture devices you can expect to see include thumb screws, an Iron Maiden, and a rack, but there are also a fair number of execution items, such as a Guillotine. Along with the devices themselves, you'll see them in practice on mannequins, which is enough to give me the creeps. 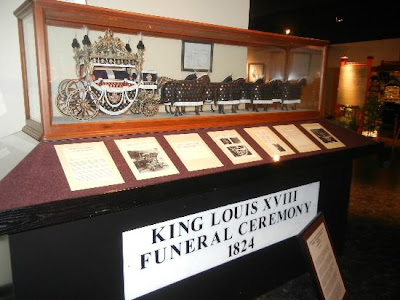 You know that rhyme that young children used to sing to one another whenever they so much as looked at someone of another gender that went something along the lines of first comes love, then comes marriage, then comes a baby in the baby carriage, etc. etc. etc.? Or was that just in my neck of the woods? Anyway, first comes torture, then comes execution, than comes a visit to the National Museum of Funeral History (I know it doesn't rhyme, I'm working on it.) This museum has artifacts and reconstructions of funerary culture from much of America and the Western World, including funeral carriages, some monumentally strange caskets, Dia De Los Muertos exhibits, Victorian mourning clothes, and more! This museum might just break my resolve not to go to Texas again (long story, lots of sunburn.) 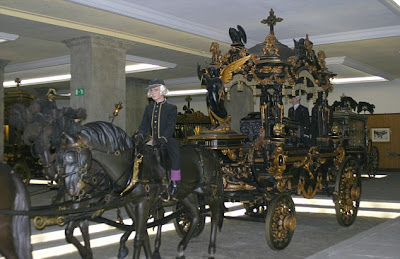 Want something more specific than just general mourning culture? The Museum of Funeral Carriages houses Europe's only collection of 19th and 20th Century horse-drawn Funeral carriages, all of which are cleaned up and displayed with mannequins in historical costume (and horses mannequins in historical oh-look-cutie regalia) Personally I feel as if most of the literature on funerals focuses on clothes, which I love, don't get me wrong, but seeing the other trappings of funeral culture is a breath of fresh air. 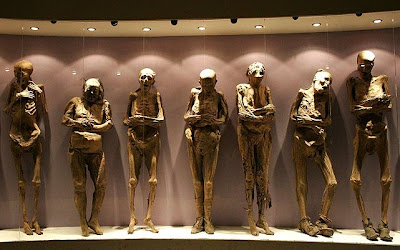 Translated as the The Museum of Mummies, this museum houses the mummified remains of 19th century cholera victims from Guanajuanto, Mexico. The mummies were disinterred due to a burial tax that many families could not afford to pay, and then their containment facility became a museum. Now they are an interesting record of mummification, some natural, most not, from the area. While browsing the Wikipdia article, I found that cult-famous author Ray Bradbury (famous for Something Wicked This Way Comes, among other works) visited and had this to say:

The experience so wounded and terrified me, I could hardly wait to flee Mexico. I had nightmares about dying and having to remain in the halls of the dead with those propped and wired bodies. In order to purge my terror, instantly, I wrote 'The Next in Line.' One of the few times that an experience yielded results almost on the spot. 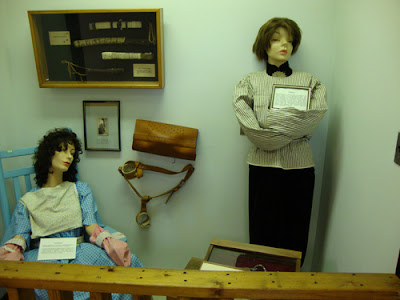 The history of medicine has always been a depressing one in which much of western culture blundered about in the dark for several centuries, but no subset of that history is more unfortunate than the history of Psychiatric treatment. And what better place to view that history than in a dis-used Psychiatric hospital? The Glore Psychiatric Museum showcases not only reconstructions (with mannequins) of historical Psychiatric treatments, which range from bizarre to horrific, but also art pieces created by patients of the facility. Plus there's a strange mosaic made from all the items swallowed by a patient, which is interesting in and of itself. 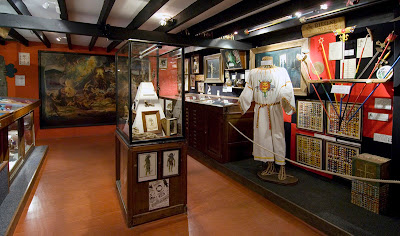 Looking for the world's largest collection of witch-related artifacts? Look no further than the aptly named Museum of Witchcraft, which is definitely making it onto my bucketlist for the next time I visit the United Kingdom. Inside it there are plenty of objects, from a Devil's head oil lamp to a Bellarmine Jar Witch Bottle, that relate to witchdom, witch-persecution, satanism, and all things unholy in the eyes of God. Infuriatingly, their online catalog does not display dates for the artifacts, but that's all the more reason to go in person and see if I can figure it out. 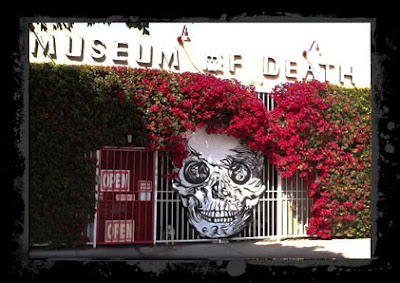 Right so I've been tip-toeing around this for the whole list thus far, let's get to the magnum opus of macabre museums, the Museum of Death. For the serial murder-obsessed among my readership, there is an impressive collection of serial murderer art work, Charles Manson crime scene photographs, and more. Among the rest of the collection are coffins, taxidermy, morgue photographs, autopsy instruments, and all other kinds of creepy, death-related items. And I'm pretty sure that gate is one of my favorites in the world. Is there a gate fandom?

Of course, this list doesn't even begin to cover the museums that have specific exhibits that rock my spooky socks off (such as the rocker exhibit in the Victoria & Albert museum where I saw stage costumes worn by Adam Ant and David Bowie, plus a Siouxsie & The Banshees poster framed like high art.) What museums have piqued your interest recently? Or what museums have you visited with Goth-appropriate exhibits?
Email ThisBlogThis!Share to TwitterShare to FacebookShare to Pinterest
Labels: misc