Cleaning out my Closet

Trying to keep busy has been pretty much the bane of my current summer. So, what's a bored and unoccupied Goth to do? Clean, apparently. I spent much of the end of last week tidying my room and, most specifically, my closet. Unexpectedly, this yielded not only a good way to spend a few hours (not to mention several garbage bags filled with old school papers and a rather large box of manga to go to Goodwill) but also a good way to rediscover old pieces of clothing that I'd forgotten about. 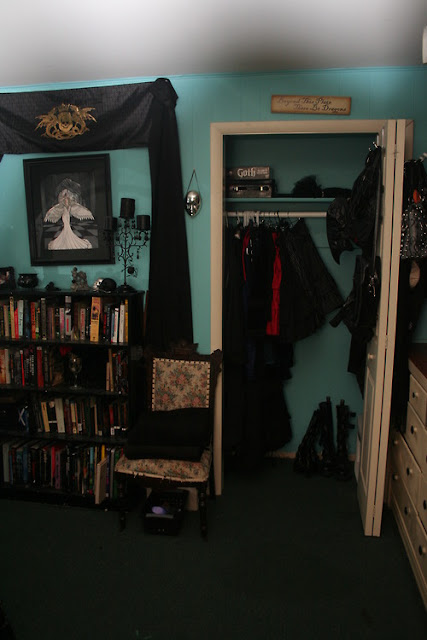 I don't have a "before" picture of my closet because I didn't intend to make a post about it until I discovered all my goodies. But basically it was the same except messier and with a waist high black bookcase filled with shoes. And lots and lots and lots of old papers, books, craft supplies, etc. I pulled the bookcase out and put it at the edge of my bed, weeded through all the papers, and then reorganized my clothes. I think it looks much nicer now, no? 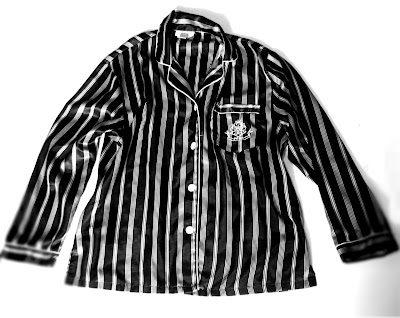 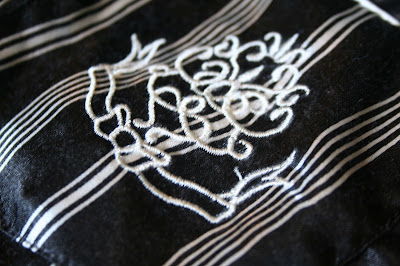 First up is this black and white striped pajama shirt that I got at a thrift store for, I believe, $1.5. I'd intended it as some kind of DIY project, but I'm not sure what to do with it yet. I know I need to replace the buttons and shorten the sleeves, maybe take out the lapel and collar as well. Hm. 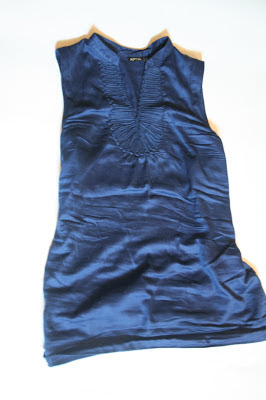 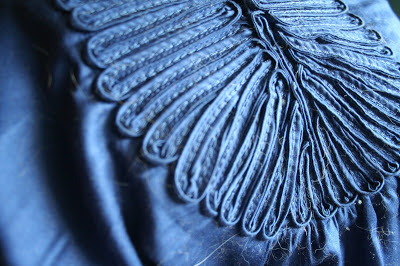 Next is this blue sleeveless shirt that I might officially propose to now that I've unearthed it. It's in my absolute favorite color (which I've managed to somehow exclude from my wardrobe...) and the chest detail reminds me of military styles. Besides, no sleeves are great for summer, and it layers really well with my black lace cover up. 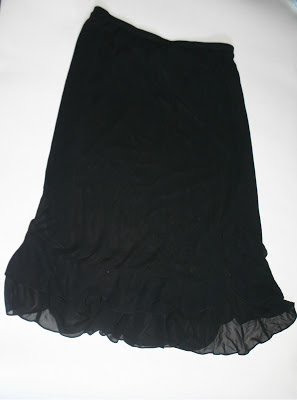 At some point in the past I purchased (or was given) two identical black pencil skirts with trim silhouettes and a kind of frilly bottom. I really like them, but since I have two I've been trying to think of a DIY project to do with the second, which brings me to these skirts: 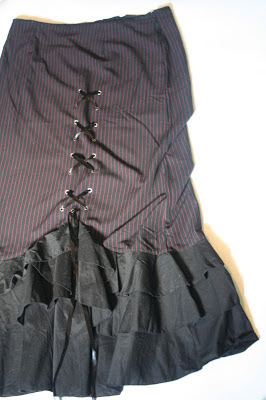 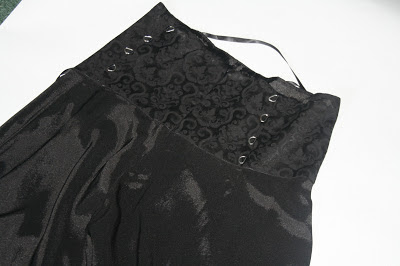 These skirts were a Christmas present from my mother, which she's been holding onto because they fit her a little better than me. But, since I've lost a few pounds, they fit me just fine. I like them as they are, so I've been thinking about using similar details on one of the pencil skirts. Not sure which though, or if I'll do a direct copy. 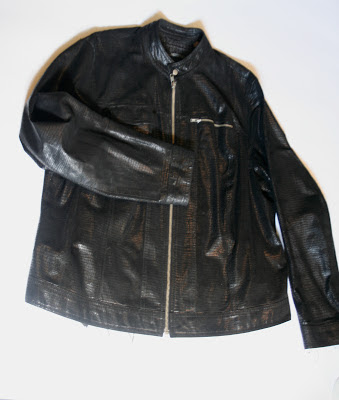 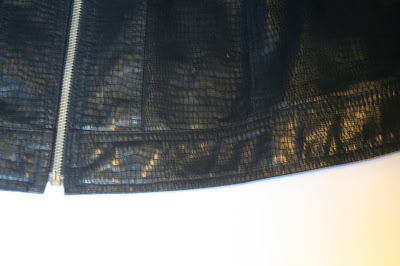 This faux crocodile skin leather jacket used to belong to my grandmother (I got these bad-ass genes from somewhere, you know) and she gave it to me when I was a freshman. I loved it to bits...literally. During my early high school years I wasn't controlling my anxiety well and whenever I got stressed I was compelled to tear things. So I tore the entire lining of this jacket out, piece by piece. Now that I've gotten better at controlling my anxiety, I'd like to take it to a tailor to get a new lining put in. And maybe they could nip in the waist, too, as it's a bit boxy. 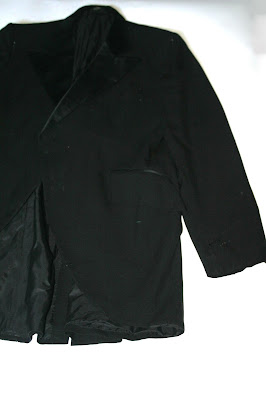 Lastly is this men's tuxedo jacket and it's a shame I didn't get a better picture of this because I like it so much. It was my dad's, and I've had it for a while now, and it's showing. The button is missing and there are moth holes in the shoulders, but I want to do some DIY to it eventually. I've got a few ideas, including replacing the front button, taking out the shoulder pads, and nipping in the waist, but other than that it still seems like it's asking for some drama. Lace on the cuffs? Grommets in the lapel? I'm not sure.

Lastly, and this is a bit silly, I found my Goth trivia board game, which was given to me by my favorite teacher in High School (after he kicked my ass at it, I'm ashamed to say.) Isn't it fun? 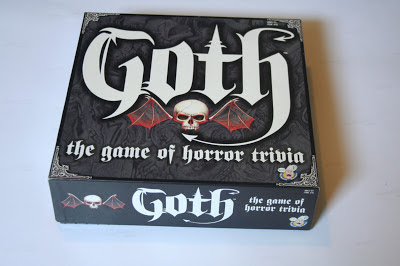 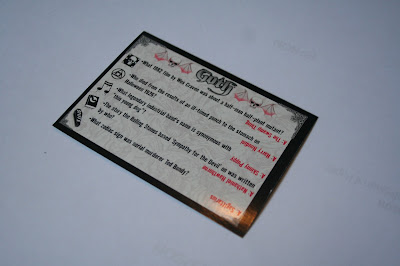 Have you guys found any fun things in your closets while cleaning?
Email ThisBlogThis!Share to TwitterShare to FacebookShare to Pinterest
Labels: fashion