Let's talk about Screamers. No, not people who get especially vocal during coitus. That's for another post entirely. (Promise. But not actually.) Anyway, due to certain events in my favored corner of the internet, I thought it best to write a more in-depth post about the subject of Screamers and why they make me grind my teeth. 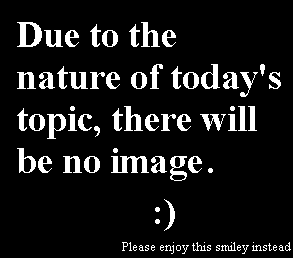 So, what is a Screamer?

A Screamer is, by popular definition, a jumpscare hidden in an innocuous context so as to surprise and horrify the viewer and, presumably, amuse the ~*~*~troll~*~*~ who created them and gets to watch everyone fall for it. They can take a couple of different forms, including but not limited to:
And there are other forms. Usually the horrifying content is gorey, bloody, and loud. Popular images include mutilated faces or animals commonly associated with phobias, like sharks or spiders.

They've been around the internet for a while now. I remember in elementary school my friend showing me a video of a car winding down the hill but then it abruptly changed into a man in a realistic zombie mask screaming at the camera. Another one that went around on the website Funnyjunk (when it was all orange) which was a hidden .gif which had a fake optical illusion but when you stared at it for too long the frame changed and the image was then a shark. I think a loud noise might have played as well, but that could have just been me screaming and falling out of my chair. (I really hated sharks, okay?)

Screamers are problematic because they can be extremely triggering for people with anxiety who are prone to panic attacks or people with certain kinds of epilepsy who can have seizures when exposed to that kind of quick scare. Before you start assuming that I mean that it will mildly upset people, both seizures and serious anxiety attacks (which can lead to heart attacks) have been known to kill people.

While most people can avoid their triggers, and especially gore and horror related ones on the internet by not frequenting certain websites and by using browser applications like Tumblr Savior, the nature of the Screamer as being a hidden scare means that they are nearly impossible to avoid.

Let me put this in plainer words:

For the sake of a joke, the creator or distributor of the Screamer is endangering the safety and mental well-being of others.

I really wish I didn't have to explain that this is not okay.

However, I felt compelled to write the blog post because some Goths (though this is certainly not the rule) are fond of posting gorey horror images to their blogs. There is nothing, in my opinion, inherently wrong with this. The kinder of these bloggers will tag them with "gore," "blood," and "horror," or put a disclaimer on the top of their blog explaining that they post these kinds of images so that people are not caught unawares. These same bloggers might, with relatively innocent intent, be tempted to reblog a screamer as well. What's the difference between that and a gorey or horrifying picture? they might ask.

Well, posting a screamer directly endangers people. It doesn't fall under the category of "this is my blog, I post what I want" because this kind of content specifically targets people to upset or trigger them. If it weren't specifically targeting people to take them by surprise, it wouldn't be hidden. It's the nature of the beast that makes it such a problem.

So, please, I implore you, do not post screamers. They endanger your community and the health and safety of others, and that is absolutely abhorrent behavior.

Do you guys have any experience with screamers? What was your reaction?
Email ThisBlogThis!Share to TwitterShare to FacebookShare to Pinterest
Labels: blogging, misc