Goth is dead. Punk is dead. Everything we love is dead and gone, there's no point in trying to participate or revive it because it is dead and nothing will ever compare. Surely you know Goths who live by this mantra. Maybe you are one. Either way, it's a pretty prevalent attitude in our subculture that Goth is somehow past its prime. I won't wait until after my intro to express my opinion on this: I think it's a steaming load of nonsense. However, while discussing how a subculture can be considered "dead" with a friend, an interesting question was raised. If Goth isn't dead, maybe the music is dead? And that is a question I'd like to explore with you all today. 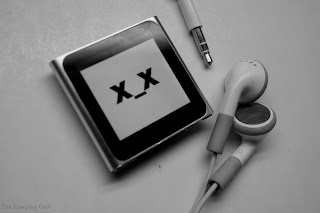 I have this subtle voice in the back of my head that likes to snark at people, and it and I often have these little dialogues about people and their finicky tastes. One day, this little voice told me, in his infinite wisdom, that people hate not being consulted about change. Think about it. When a website changes the layout, when a band explores a new sound, when Aquanet changes the formula, when a fashion label chooses a new direction, everyone who was a fan of the original stamps their feet and says "Nonononono." Sometimes, there is a lot of justification for this, sometimes it's just a knee-jerk. Changes mean adjustments, adjustments mean that everything else has to slow down or come to a complete standstill while we reorient ourselves. In these cases, people have a right to be somewhat annoyed.

I think it boils down to one essential fact: we like to be consulted before changes are made to our lives. And, unthinkable horrors, the Goth music scene has changed. And no one consulted the Goths. The music scene moved on from its roots in the late seventies and early eighties, some of the most popular bands continuing to produce and record new music up until the turn of the millennium. You can still hear Goths who were spooking around in the mid-nineties when I was in diapers lamenting about how awful the scene was. Opinionated music bloggers dismiss Peter Murphy's new solo work and call The Cure's Bloodflowers and 4:13 Dream a waste of time. How dare they try to move on as an artist and not keep rehashing the same style, subject matter, and image from thirty years ago! The nerve of them.

So, as people continue to whine about it, they listen to the older music. Over. And over. And over again. (You don't even want to know how many plays Twenty-Four Hours has on my iTunes.) While not an active club goer myself, I've heard tell from others that some Goth club DJs even have lists of music that they Will Not Play because they're sick of hearing it over and over and over again. However, it does not seem that there are many (or any at all) new bands taking on the moniker and actively trying to produce Goth music. Why?

I think it's probably a combination of a few issues. Firstly, this bizarre gate-keeping mentality that exists among Goths. I've written about it before, but essentially if certain Goths continue to shoot down every single person who put the Goth label on something not traditionally labeled Goth, you can't expect that many new people will want to try to claim it. It's not worth the hassle to try to carve your way into a niche that is so firmly closed off against you. Some will say to this that they're not gate-keeping, but that Goth music is an actual genre with definitions and none of these new bands fit the definition. Putting aside for a moment the fact that no one can decide what the traits of Goth music are (complicated by the artists having hissy fits about it and the staggering variety of bands that are associated with Goth, including ones that fit just as well under the New Wave or Post Punk genres), I take issue with this declaration.

But that's not all. Believe it or not, I'm willing to bet that even the most hardcore modern Goth musicians would want to personalize and grow their genre rather than being an entirely faithful Joy Division coverband or what have you. Rehashing the same material again and again stagnates a subculture, it doesn't revive it, and it makes for a pretty boring living (or none at all, being as many Goths would rather go see some of the performers live than see a cover band of them.) So, more new artists are cropping up in the genres that branched off of Goth, experimenting with the new sounds (especially of synthesizers) and influences of a twenty-first century music experience. It's generally accepted that they are not Goth, but something else, and anyone who says otherwise is shouted at and driven off. And Goth music continues to stagnate or, dare I say it? Lay dead in a ditch.

But, it depends how you see it. If people still listen to Goth music, is the genre dead? Is it like a species being considered extinct because there aren't enough individuals to support the population? Can I keep the whole Goth music scene alive with an iPod filled with Sisters of Mercy and Specimen? Do all the performers who originally played Goth music have to be dead, too? How do you describe a dead music scene? What say you readers? Is Goth music really dead?
Email ThisBlogThis!Share to TwitterShare to FacebookShare to Pinterest
Labels: music