Readers, next week is Valentine's day, as you're probably aware. No, I don't also consider it "Singles Awareness Day" or what have you, since you don't need to be in a relationship to show appreciation to your friends with little cards or to stuff your face with chocolate. Now, this post isn't about Valentines day specifically, but it does take cues from the romantic air around this time of year. I'm here to give four tips for dating a Goth, mostly intended for those of my readers who are more "Goth-lovers" than "Goth-livers," if you see my meaning. So, here are four tips for dating a Goth: 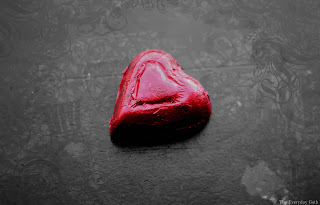 And with that, I leave you with my four tips for dating a Goth. I tried to err away from specifics of romance, like date ideas or things, because lets be honest that could be a fun post on its own, but more than that I want to stress that every Goth is different and lumping them together like that in a romantic context is asking for trouble. I hope you all found those useful and that you can now shower your darling in all the fripperies of the season. Or just be extra awesome to them on a daily basis. Whatever works.
Email ThisBlogThis!Share to TwitterShare to FacebookShare to Pinterest