As one might have guessed by my age and posts, this semester is my final one of highschool. I'm experiencing a heavy load of senioritis and I'm trying to figure out what to do with my first summer before college.However, my main business at present is in thanks to my Grandmother who has decided that my graduation present will be going to London, England with her for five days and six nights. 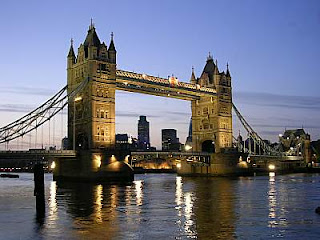 I can hardly contain my excitement here. While I've been out of the country before (to the Bahamas when I was about eight and then to China when I was about twelve) this is the first time I'm old enough to be planning the trip myself. I'll be going with my Grandmother and we chose the trip to land from April 3rd to April 10th, which means that my trip falls mostly on my school's spring break. For now, however, most of our trip is unscripted so I have to pick places for us to go when we get there. For now, here's what I've come up with.

A production of Les Misérables 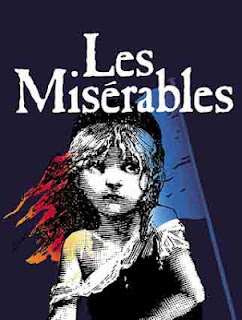 My grandmother's only condition on my planning the trip was that we would go to see a performance in a theater in the West End. When we looked over what was being performed and she heard that I'd never seen a production of Les Mis, she decided immediately that we would have to go see it there. I'm looking forward to it, though we have yet to pick a date to go. It will more than likely be the Wednesday or Thursday that we're there, but we're not sure yet.

A visit to Camden 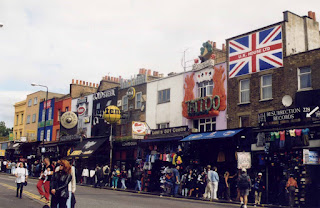 Camden Stables Market is known for its smaller alternative and vintage shops as well as holding a couple underground music venues. While I'm not quite old enough to get into any of the venues (I know, I'm sad too.) I can definitely enjoy the shops guilt-free. Unfortunately, my grandmother probably won't be as excited to here as I am, so I'm either going to be here only for a short time or I'm going to go without my Grandmother and explore on my own. Let's hope my sense of direction isn't too horrible. Highgate cemetery is a cemetery in London divided into the more historic West side and the more contemporary East side. Since the West side is Victorian, I'm willing to suppress my own irritation that it's only available by guided tours. This is one of the places where I will be taking a lot of photographs. My grandmother actually loves cemeteries almost as much as I do so she's willing to walk with me through this one. If I had a list of my top cemeteries to visit in my lifetime, this would definitely be one, so I'm very interested in this.

If you have a passion for architecture, Disney's Mary Poppins, or religion, chances are you've heard of or seen pictures of St. Paul's Cathedral. Known for being a stunning example of English architecture designed by Sir Christopher Wren. Wren's own plaque in the crypt reads "SUBTUS CONDITUR HUIUS ECCLESIÆ ET VRBIS CONDITOR CHRISTOPHORUS WREN, QUI VIXIT ANNOS ULTRA NONAGINTA, NON SIBI SED BONO PUBLICO. LECTOR SI MONUMENTUM REQUIRIS CIRCUMSPICE Obijt XXV Feb: An°: MDCCXXIII Æt: XCI." which translates to "Here in its foundations lies the architect of this church and city, Christopher Wren, who lived beyond ninety years, not for his own profit but for the public good. Reader, if you seek his monument - look around you. Died 25 Feb. 1723, age 91." I'm rather enamored with the cathedral itself and have made plans for a tour (which comes with tea) there. 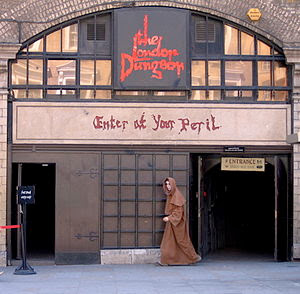 I must admit, this is one stop on the trip that is bound to be tourist-y and cheesy fun. The London Dungeons is, according to wikipedia, "is a popular London tourist attraction, which recreates various gory and macabre historical events in a grimly comedic 'gallows humour' style, attempting to make them appealing to younger audiences. It uses a mixture of live actors, special effects and rides." As I've discussed with my grandmother, this is another place I might have to venture without her. Hopefully I can hook a few London friends into humoring me by coming with me. Hopefully.

The Tower of London 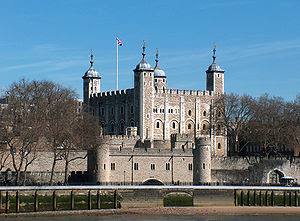 The Tower of London is another place that's been on my Gothy bucketlist for a good long while. As a person who is absolutely enthralled by the life and times of Anne Boleyn, who was executed within on the tower green, I'm excited to see some of the more interesting pieces of history. Apparently the ravens there are worth a look, too, because if they ever left bad things would start to happen. I wonder if you're allowed to actually meet them or if you can just spot glimpses. Either way, really cool place, and I'm very interested to see what there is to see.

The Victoria and Albert Museum 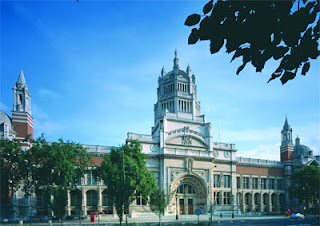 Happily enough, our hotel is quite close to the Victoria and Albert museum, so I'll be able to visit more than once if time permits. Their 19th century fashion exhibit in particular sounds like a fascinating place to visit and look around in (if they allow pictures, I'm not sure, that might be a good deal of my picture spam. If not, I'll find some stock photos of my favorite dresses for a future post.) One of my favorite exhibits at the Metropolitan museum in NYC is their one on historical costuming, so hopefully this will only enthrall me further. 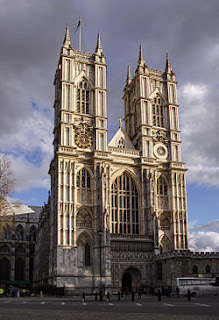 Another building I hope to visit during my stay in London is Westminster Abbey, a mostly Gothic cathedral home to various artifacts of religious life. However, what I'm most excited to see is the "Poets' Corner," where there are monuments to poets such as Chaucer and Shakespeare. Hopefully I'm allowed to take pictures there, but if not I think my inner poet will just writhe at the sight.

Are there any other places I should be visiting while I'm in London? Leave a comment in the box below if so!
Email ThisBlogThis!Share to TwitterShare to FacebookShare to Pinterest
Labels: misc