2012 Movies That I'm Looking Forward To

I don't know about all of you, but I'm excited for 2012. My last year of county schooling, my first year of college, the end of the world (not really), and, surprisingly, quite a few good movies. I was never a big movie watcher growing up since I had problems with sitting still for 3 hours, but more recently I seem to be tolerating them more. This year is coming just in time on that front. Yes, it seems that in 2012 most of my money will be dedicated to going into the cinema to eat overly expensive popcorn and smuggled-in candy so that I can watch quite a few films. In no particular order: 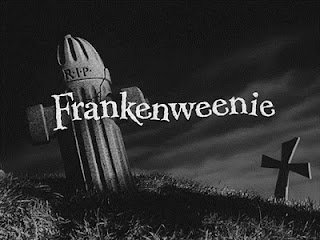 Oh, Tim Burton, you're quite the busy thing this year, aren't you? I'm sure you could retire a thousand times over by now, but you keep pumping out movies and oh am I excited for this one. This is the story of a young boy named Victor whose dog, Sparky, is hit by a car. Victor decides to resurrect his dog, who then goes around and causes mischief. I'd heard of the live-action film that this was based off of, but I had never seen it. Still, it was released in the eighties, so it's bound to be funny. Hopefully Burton can inject his own spooky fun to this one and that it will not be disappointing like some found the recent Alice in Wonderland. 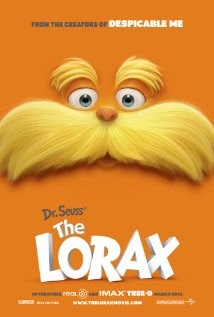 "The Lorax" was my favorite Dr. Suess book growing up. It was creepy, thrilling, and memorable, I remember rereading it several times. It was also a favorite of my dad, who said that if he were to ever get a customized license plate, he would get one that said "Unless." The plot of the movie seems closer to the original book than I was expecting, with a veneer of overly-quirky sometimes placed on movies by animators. The voice actors are pretty big-name, Zac Efron voices the main character Ted (named after Dr. Suess, whose real first name was Theodor), Taylor Swift voices the artsy environmental dreamer Audrey (named after Suess's second wife), and Danny DeVito voices the Lorax himself. This is going to be really cute, I hope. I might so see it with my dad. 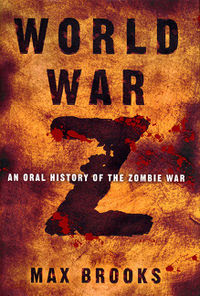 Not much is secured about this movie yet, so I wasn't able to get a movie poster to put here. This movie is another book adaptation, based on the book by the same name (cover above) which I am currently reading (after securing my older brother's copy.) As you might be able to guess from the title, and all you've read about it, this is a zombie movie. Oh yeah, I'm excited. It stars Brad Pitt, and he's been surprising me with some decent performances recently, so I don't mind that at all. It's scheduled for release in December of 2012, so I'm going to have to wait a really long time, but it won't be that bad. I am, after all, going to be occupied the rest of the year. Hopefully the writing will be as stellar as Brooks' original, but I won't hold my breath. 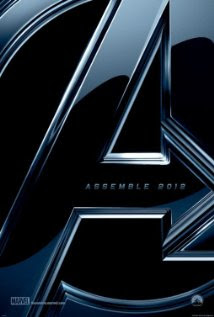 This is going to be a film to see with my nerdier friends, for sure. This movie ties up loose threads in several of the recent superhero movie releases that have come out in the past year, and I am so excited. Thor, especially had me at the edge of my seat, so maybe this movie will alleviate some of my more vigorous heart palpitations (particularly caused by Tom Hiddleston, unf.) I trust this movie in Joss Whedon's hands, and if it crashes and burns I'm going to be very disappointed. 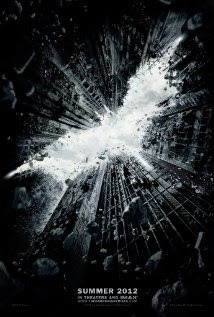 I don't know about most fans of Batman, but I love this darker, grittier reincarnation that has been going on. I won't say realistic, but it's certainly more gripping than the sillier batman that has been popular in the past decades. I was a big Joker fan, in all of his reincarnations (from suave to psychotic) and I'm sad that we'll be missing him in this installment. I've caught glimpses of Cat woman's outfit and I'm less than impressed, but maybe Anne Hathaway will help alleviate my woes with her acting. This is a mid-summer movie release, so at least I will have something to distract me from college woes.

The Hobbit: An Unexpected Journey 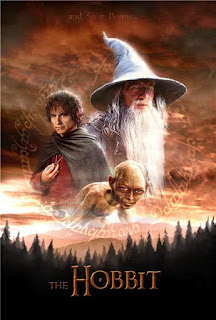 Yes, I'm excited. So. Very. Excited. I'll probably end up seeing this multiple times, once with my dad (who introduced Tolkien to my life) and multiple times with my friends. I can't see how any of the actors chosen could be suckish, and Peter Jackson did such a good job with the Lord of the Rings movies (I even saw the extended version in the cinema earlier this year, which was amazing), I'm really excited. We still have a long way to go until it's released, but it'll be worth it. The scoring of this movie has a lot to live up to, too! Dean O'Gorman and Aidan Turner are costumed especially well, I'm sure you've seen the pictures. 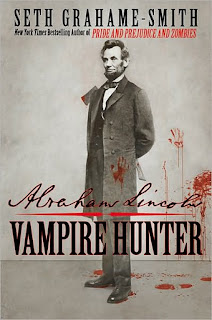 Oh Abraham Lincoln, you were such a good president. Besides suspending the writ of habeus corpus, you seemed like a great guy. But now that you're hunting vampires, I'm sad to say that we can't be friends anymore. This movie, another book adaptation, is going to be tons of silly fun. I can't see it matching most of the other movies on this list in terms of ticket sales, but for those of us that can appreciate some historical nonsense and who have a passion for vampire flicks, I can't see this being a bad thing. Tim Burton is producing this beautiful film, so that's okay in my book. I wasn't as disappointed by Alice in Wonderland as other Burton fans were (it wasn't as good as I'd hoped, but it wasn't bad) so I'm cautiously optimistic about this one. Also, Abraham Lincoln is played by Benjamin Walker, and while I'd rather not be attracted to one of our deceased presidents, it might be hard to resist when he walks on screen.

The Woman in Black 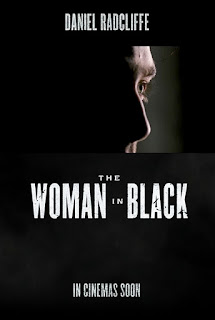 I remember seeing pictures of Daniel Radcliffe in costume for this movie, way before I had ever heard of it, and thinking "Well damn." When I saw the trailer, my heart skipped several beats. Creepy poetic children, Victorian house, ghosts, a woman IN BLACK?! No wonder! Of course I, like many people of my generation, will have trouble separating Daniel Radcliffe from his role in the Harry Potter series, but I'm sure this movie won't be a problem. I'm not sure of the source, but I remember earlier reading that the director had stated that Radcliffe is going a completely different kind of acting in this movie, so hopefully that means it'll be scary and not evoke a reaction of "baww, look at the widdle Harry Potter trying to be a grown up actor." I know that there is more to a movie than it's main actor, but I'm hoping that this movie is as creepy as it is pitching itself to be. 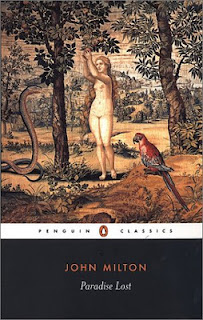 As those of you who follow me on Tumblr probably know, I'm reading John Milton's epic poem Paradise Lost for my AP English 12 class. As those people might have guessed, I'm in love with it. This movie adaptation is probably going to be the cherry on top of my year, if it's done well. However, if they forget to make the audience sympathize with Lucifer, if they make God a "good guy" with actual leadership skills, I'll be quite upset. I also wonder what they're going to do about Michael, who in the poem doesn't have much of a personality. I'm waiting for the shipper bunnies to come out closer to the release date, though. There's a good chance of there being a lot of sexual tension between the two, but we'll have to see how that plays out. Again, I can't find a poster, so the above image is the cover of the poem (which you should all read. It's so worth it.) 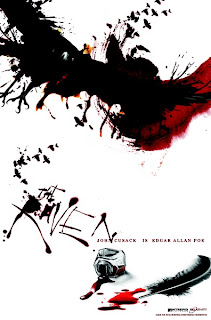 The Raven is turning out to be the most Gawthic movie we're going to see in a long, long time. Centered around Edgar Allen Poe, this movie is promising to be just as creepy as we all could have hoped. Of course, we're not going to see him slaving around his writing desk for days, but we are going to see his last dying days and we're going to see a serial killer mimicking his work in the real world. I am extremely curious to see if John Cusak's Poe will be insane, sane, or somewhere in between. I'm hoping that he's just a wee bit batty, but I suppose I'll have to wait until the movie comes out in March. 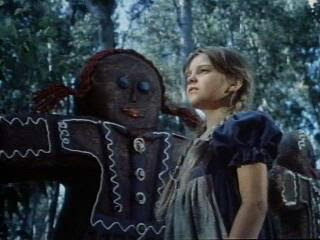 Source: Movies Pics
According to IMDB, the plot goes thus: 15 years after their traumatic gingerbread-house incident, siblings Hansel and Gretel have become a formidable team of bounty hunters who track and kill witches all over the world. I've heard stranger plots, but with the recent trend of making older fairy tales more scary (but, more often, more silly) I'm not quite as surprised. Still, this one is low priority for me, until I see at least a poster or a trailer for it. If the scoring and visuals of the movie are nice and spooky, I might go see it. Otherwise, it'll be put on the back burner until they get it on Netflix.

Are there any other movies that you guys are pumped for? Put them in the comments and I'll look out for them!
Email ThisBlogThis!Share to TwitterShare to FacebookShare to Pinterest
Labels: misc